The Village Of Stormguard Festival

On April 27, 2016, The Village of Stormguard held a festival. Stormguard is located north of Minoc and contains four public buildings. It is Baja’s newest township and is ran by Chareos, who is also Governor of Minoc. 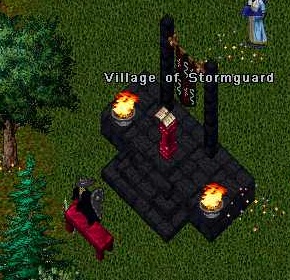 
The night’s events started with a trivia contest at the township banner. 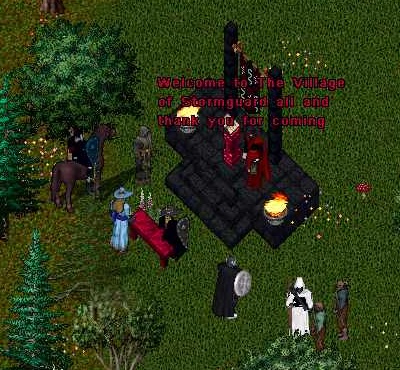 It was a competitive contest which resulted in a tie for second and several tie breaking questions. The prizes and winners were: 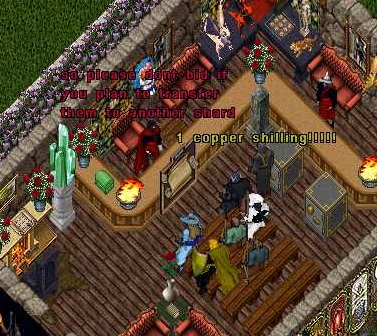 
The next event was a live auction held at the Auction House.

Governor Chareos – “The purpose of this is not for me to get rich but for you to obtain items you want or need. That being said I am going to start these items at a lower then market price, so please don’t bid if you plan to transfer them to another shard.”

The items auctioned off were: 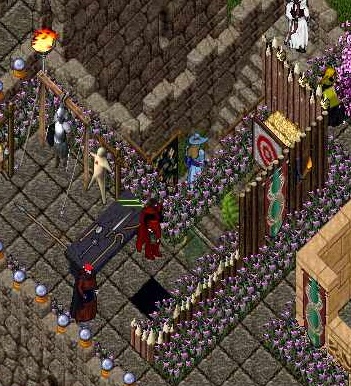 
We then proceeded to the tower for the archery contest. Each contestant was allowed to fire three arrows into the archery butte. This event ended up in a tie for first place between Oro d’lci and Joan of Arc with a score of 110. It took several tie breaking rounds of one shot each to determine a winner. 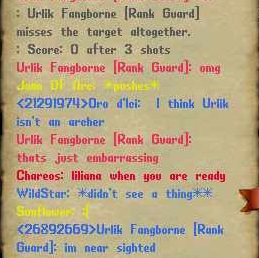 
The prizes and winners were: 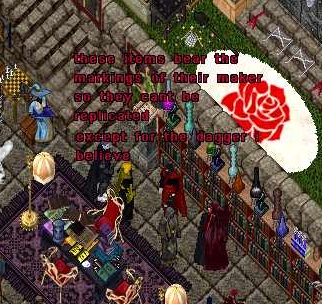 The next event was a scavenger hunt in the Stormguard Castle. We were given the clues to the location of three items in the castle. They were located in backpacks on the floor. We were looking for a dagger, a pair of bone gloves, and a pair of studded leggings with maker marks. The winner was the first person to bring all three items to Chareos in the library.

The prize and winners were: 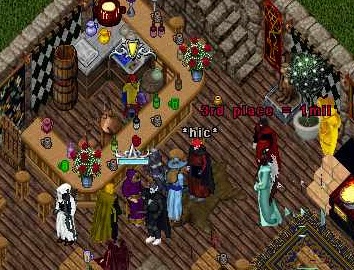 
The last event of the evening was Drunk Darts. You were allowed three throws at the mongbat dartboard and had to be drunk at the time you threw. The gargoyles present were unable to throw so others volunteered to be stands in for them.

The prizes and winners were: 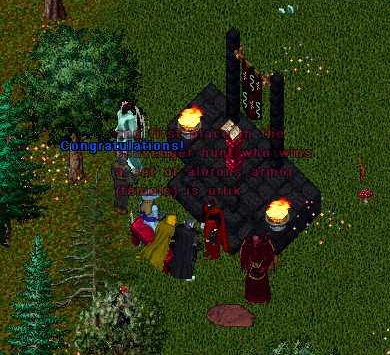 
The night’s event ended at the township banner where prizes were distributed to the winners of the events. Those that had won auctions were instructed to meet Governor Chareos at the Auction House to pay for and receive their items.

Everyone had a great time.

Thank you Stormguard for a great night.

The Journey of The KOD Begins