The Doom Train Of Baja

Signs that it is Sunday on Baja and time for the weekly Doom Train Run hosted by the cross-shard guild, United Tamers of Britainia (UTB), Baja Chapter. A combination of archers, mages, tamers, and warriors that descend into Dungeon Doom to wrest fame, fortune, and artifacts from that cursed place. The rules for this adventure are simple: one person lures the Dark Father into the hallway and only ONE Dark Father at a time. 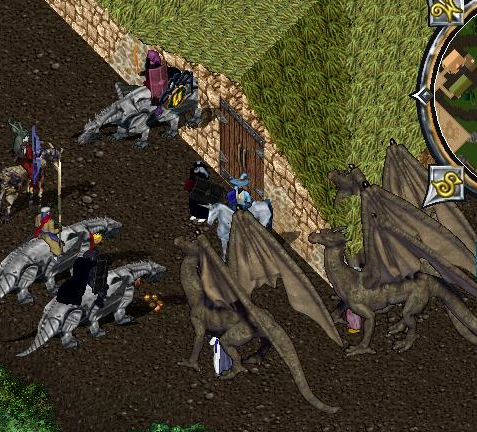 UTB claimed Delucia as it’s home town after successfully defending it during the Ophidian Wars. 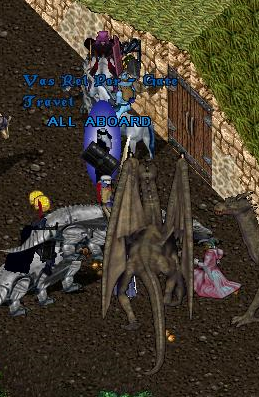 The call to move out

“Back in the beginning of UO (first year) there were beta players that had full skills where the rest of us, well at least me, had no clue. There was a young man who being a beta player had 100 magery named MEL. Myself and a few others everyday waited for MEL to get online and he would gate us around the shard to go fight various spawns. As he gated he would holler out “ ALL ABOARD “. Old Man, UTB 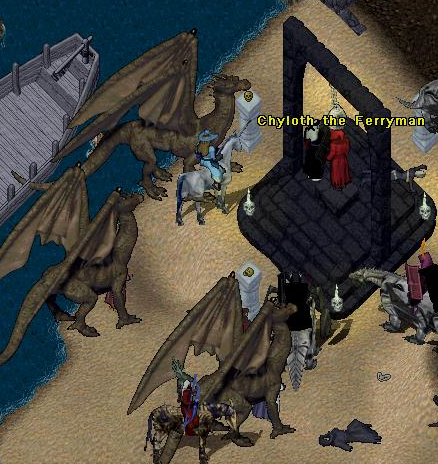 At the Doom Bell

“The clearing of the bell area where Chyloth the Ferryman lives is required because often a afk player may miss the doom train gate or a player is a little late but for the most part the Doom train always leaves on time.” Old Man, UTB 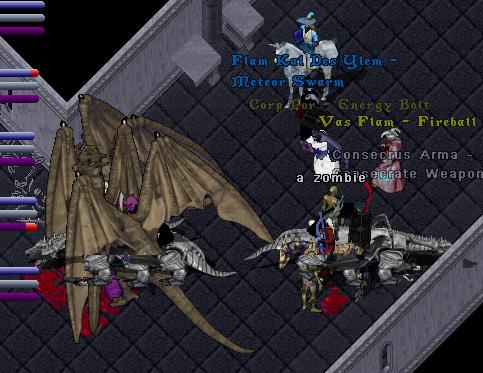 First Encounter with a Dark Father 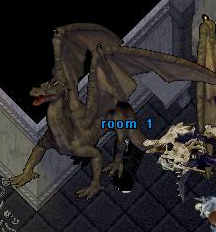 Moving onto the rooms 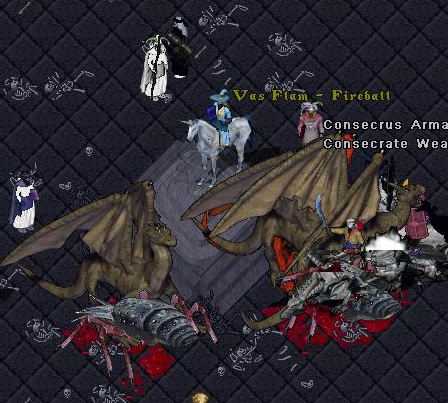 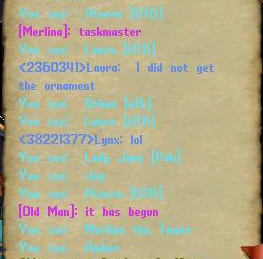 “Many players like to know when artifacts are dropped so I encourage others to holler out when they do. It gives those that haven’t gotten one yet hope they may be next.” Old Man, UTB 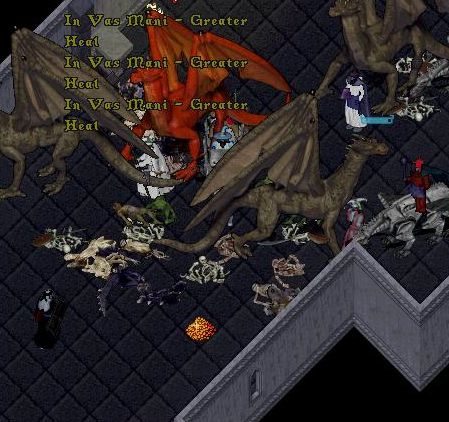 In the hallway after the rooms

The Baja Chapter of UTB was founded in 2001 by ANAKIN and had 325 members at its peak. Their charter is “To protect our profession and each other.” It was the understanding of Old Man, GM of UTB, that there were seven shards that had a chapter at one time. He currently knows of two shards that still have chapters – Atlantic and Baja.

This player-run event started in 2004 and continued until early 2015 when the conductor of the event, Old Man, retired from UO. It is currently on a hiatus. 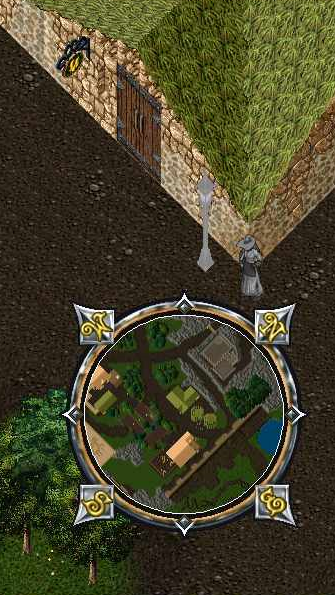 “Tamers rule Britainia (like it or not)” Old Man, UTB

The First Meeting Of The Black Watch