The Hunt For Trinsic Jones

The Hunt for Trinsic Jones
or
Kill Drakelord 100 times​ 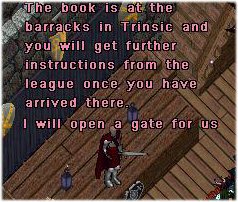 *clears throat* Well, hello! My my! We have a full house tonight! Thank you for coming tonight Guardsmen and concerned citizens!

(shouts of Hail, hello and Your welcome could be heard all over the room)

I have some interesting developments that have occurred lately Over in Trinsic…..

The Trinsic League of Explorers are seeking our help. It seems that Trinsic Jones has gone missing. And they fear that it has something to do with the Book of ancients. they tell me that he has been obsessing over this book ever since he first laid eyes on it

Drakelord: Did Jones have it when he vanished?

Drakelord: so we may have to take him out?

Drakelord: where is the book now and where are we escorting it to?

The book is at the barracks in Trinsic and you will get further instructions from the league once you have arrived there. I will be joining you. I will open a gate for us right outside and we will head there now 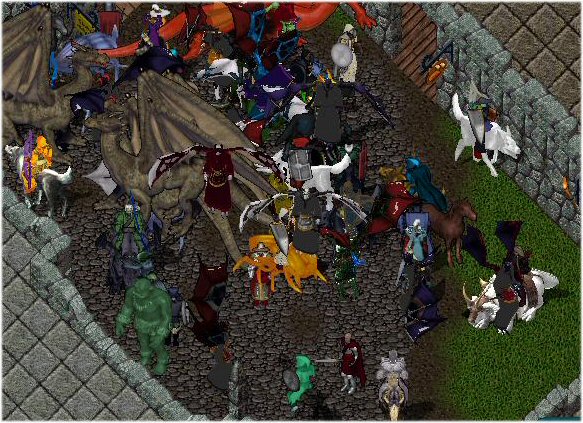 (Outside we all quickly regroup, summoning our pets and enter the gate casted by the General. Arriving south of the barracks we quickly moved north towards the barracks only to see death had been there already) 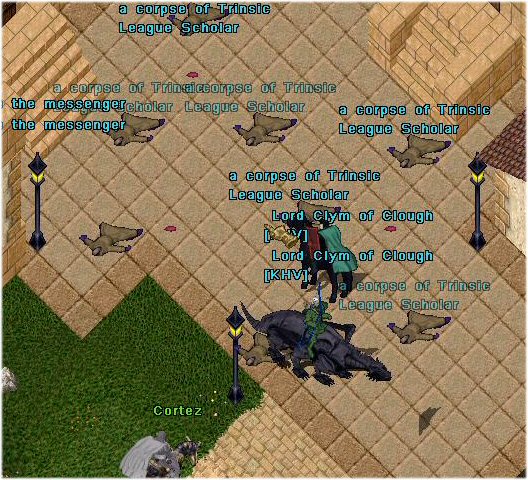 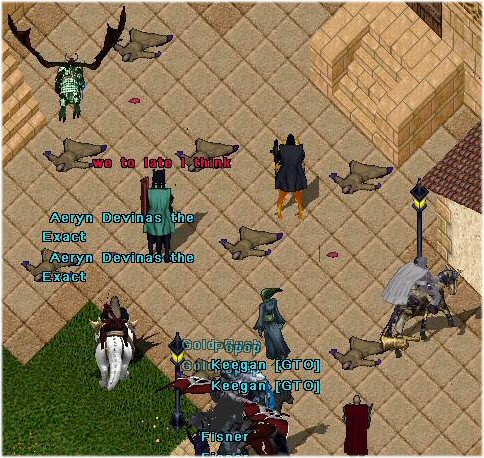 Wha…. what are these gates!

(while investigating the area the RBG was attacked by Lesser Daemons)

Ok let me investigate this last portal Keep at arms! more may show! *examines portal* Ok so these gates are blocked on our side We cant go thru them but luckily in examining them I have an idea of where they lead to I will open a gate to the first location We should see where it leads Be prepared for anything! 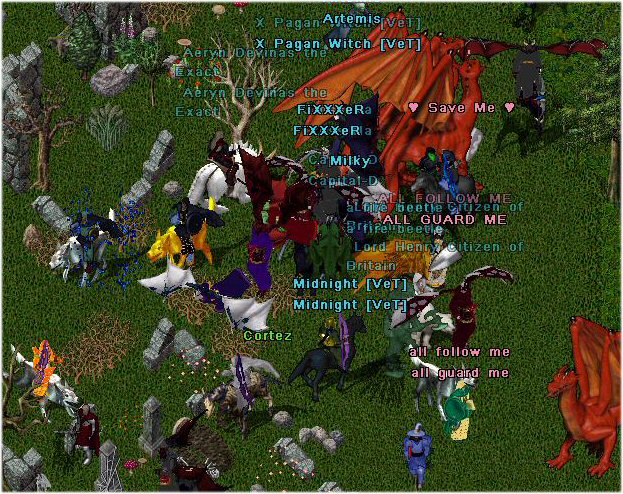 (First locations some ruins near the swamps, another quick battle with more Lesser Daemons)

what? I fear that Trinsic Jones may have something to do with this Lets check the next location 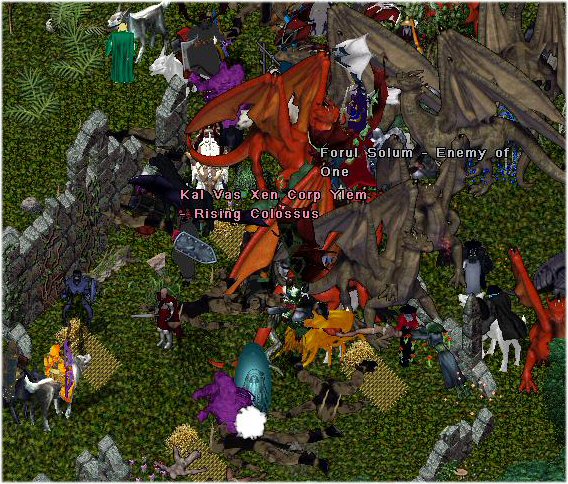 (A second location, also another set of ruins, more Lessor Daemons to battle)

what is going on! *continues search* and the significance of that graveyard 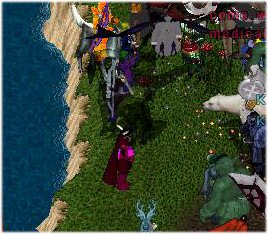 (It was at this last location where we found Trinsic Jones. All there tried to convince him to turn the book over to the RBG and surrender but alas he would not and the RBG was forced to battle the Summons there on the sandbar island of Trinsic.)

Drakelord: you need to turn the book over to us and come with us you need medical help

Trinsic Jones: Just when I have started mastering the translations of the pages! You see those wonderful creatures? Those were of my creation.

Demonix: you can only summon lessor?

(Once more the RBG was hard pressed fighting there, I can only assume that Jones heard the remark Demonix said as he sought to prove him wrong shortly after we dispatch the final lessor to the daemon hunting grounds)

Trinsic Jones: You dispatched them fairly quickly, no matter I’ve been working on… Well… A change of clothing is in order

(A transformation of his clothes then took place, a powerful robe he was wearing over his clothing)

Drakelord: STOP YOU NEED TO STOP THIS NOW

Trinsic Jones: You won’t stop me none of you will. I will grow stronger. I will learn all that this book has to offer. Just to show you some more power!

(madness could be heard in these words)

of MY POWER! Every good escape artist must have their own personal gate! and guardian!

(A gate was opened, and a HUGE monster appears)

(Trinsic Jones last words just as he dives to the gate)

Drakelord: so he got away?

Drakelord: Indeed and he must be stopped.

I agree. No telling what dangers that book holds I fear for what may come.

Drakelord: we may have to look at taking him down for good if we cannot stop him

We must stay ready at all times. I hope we can still save him from that book but he must pay for what he has done.

Drakelord: only way would be to destroy that book
Duke Nukum: nods

A lot of good men died there today, scholars who devoted their lives to the pursuit of knowledge I will be mourning them for days to come and I will report what has happened to the king once we are done.

I will be needing your help again soon. I know he will make his presence known again in some way, for now, I will leave you to speak with the king. But stay for Xanthus he has a few more words for you all farewell, Guardsmen!

(Thus ends our adventure tonight, there was a drop, a huge crystal that sparkles when clicked on)

Drakelord: I only died twice so was a good night

EM Xanthus: I’ll make sure to add the “Kill Drakelord 100 times” script to my next boss

A Good Bye For Anne