The decorations in the hall, mirrored the feeling of antipation in the hall. Halloween, a favorite time of year was fast approaching. Already strange creatures had been sighted in Sorcerer’s dungeon while Jack O’ lanterns were in the fields. I loved this time of year, especially trick or treating. 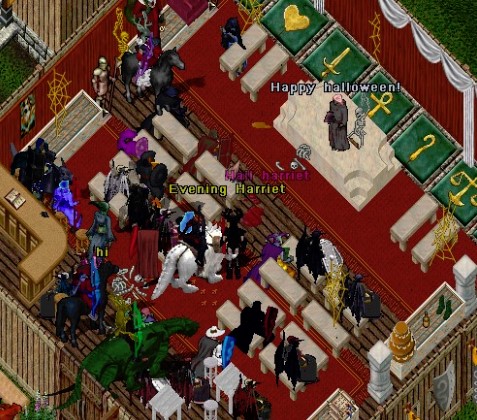 ​
When Lesser Deamon saw Harriet’s bloody robe, he suggested we showed also dress up for the occasion. While the idea was greeted with agreement, we didn’t have time to go change.

Vixen Sonoma waved hello. While Demoss and I added our hellos.

When Lesser Deamon saw Harriet’s bloody robe, he suggested we showed also dress up for the occasion. While the idea was greeted with agreement, we didn’t have time to go change.

I laughed “Love the robe…perfect for the season.

“Just in time for the season I suppose.” Harriet smoothed it. “But we have a bit of trouble in Ilshenar. Someone or Perhaps something has been disturbing ancient burial grounds in Ilshenar.”

Harriet continued, “Is seems to be quite bad and our King would like to put a stop to it before it reaches our governed cities.”

I nodded. “Has anyone investigated yet?”

“A scout was sent out and never returned.” Harriet shook her head sadly. “So I sent a royal guard after him and he came back traumatized.”
​ 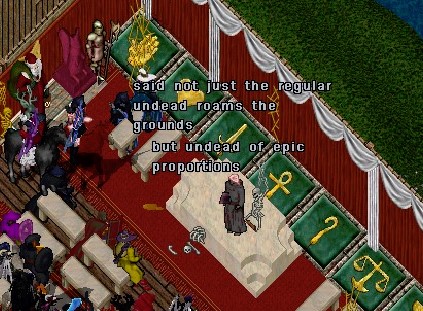 Harriet frowned. “And they are angry.” Harriet raised an eyebrow. “Should my grave ever be disturbed…”

Harriet lead us outside. “Please meet me outside the Ilshenar Humility gate.”
​ 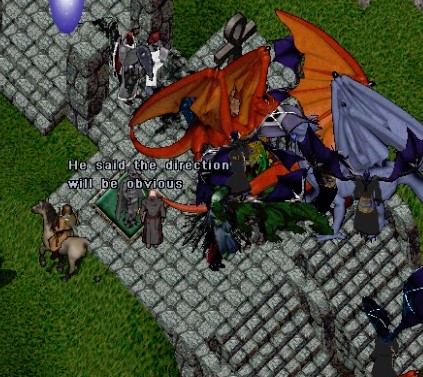 “I know the path.” Harriet she lead us to a pile of bones. “We must follow the bones and blood.”​ 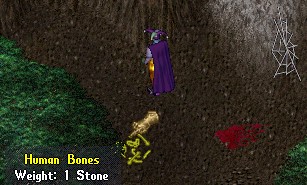 Following the trail of human bones to the grave yard, we found the disturbed graves guarded by the angry owners. They quickly let us know of their displeasure

The deamon souls were taking a toll on both our pets and armor.
I had gone to check on the healers who were hiding in a small ruin. When I saw Harriet run by shouting a warning. 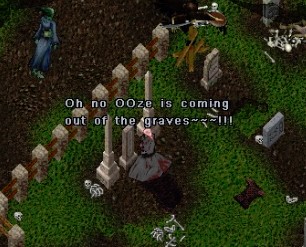 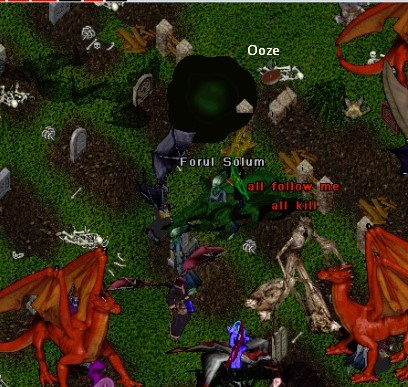 The daemon souls and Ooze were taking a toll on both our pets and armor. It seemed as soon as one ooze was struck down two more took it’s place.
On and on the battle went as the Disturbed undead joined the battle. 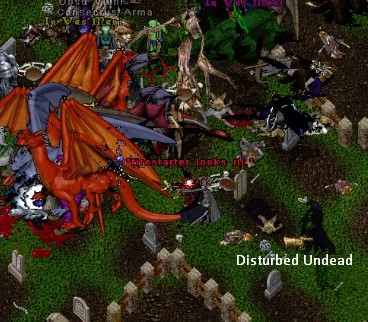 This was a battle that looked like we wouldn’t win. Even though more people joined us, our dead littered the graveyard. A new trail of bones leading to the healers. More strange creatures joined the battle… angry undead and ectoplasm. 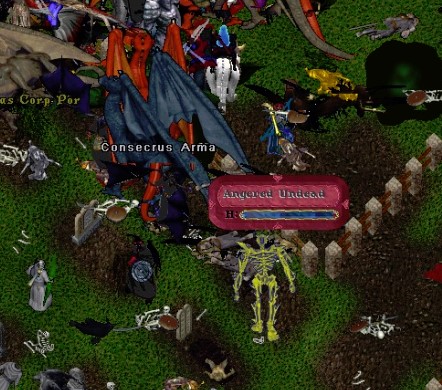 “OH DEAR EVERYONE THE GRAVE DIGGER IS UPON US!” Harriet called from the rock wall. We hurried to her side.

There watching and laughing from a ledge was indeed the foul grave digger. He summoned Awoken undead dragons to distract us, then leaping down he joined the battle 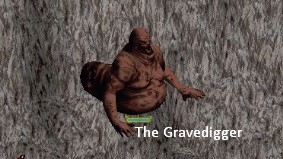 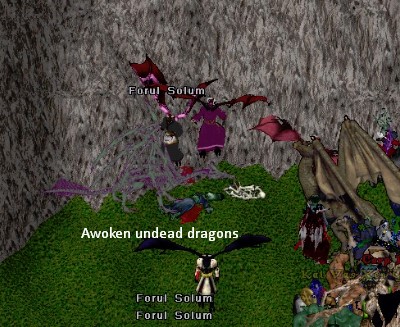 The Gravedigger defeated, we returned to the hall. Harriet had taken his shovel to present to the King…a hard won trophy. 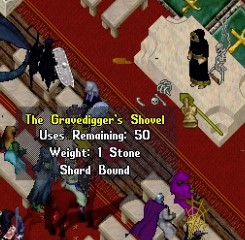 Afterwards I hurried to Gwennos’s memorial. Still guarded by undead, it was undistrubed. I sat for a while remembering long lost friends. 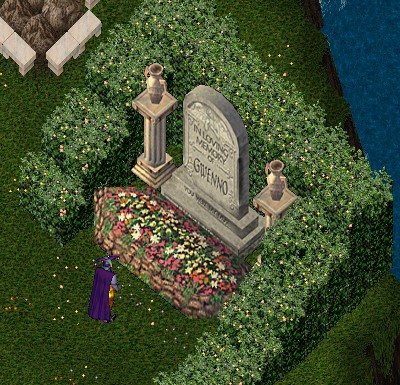 The Hunt For Trinsic Jones