Thanks to @Valandir for sharing this link as I had totally forgotten about the LOTRO Live site, but it is a German website that has a methodology for tracking the server statistics for LOTRO.  Now the methodology isn’t perfect as it can’t track when people log off, but it does capture the amount of traffic on the login sequence.  There’s good discussion on this methodology from my last post on this subject from others and the authors of the site.

A couple things I noticed from looking at the numbers, overall server volume has trailed off a bit since the initial spike but it is still holding steady at the ~100K per week per server number.  While not quite as impressive as that initial 10 times bump, 5 times isn’t anything to sneeze at.  Plus when you consider this also includes 4 new servers you’re talking roughly a jump from 275,000 logins to somewhere in the ballpark of 1.5 million!  And this only includes the North American Servers, adding in the EU’s 14 servers brings almost another 1.5 million as well.  So it isn’t terribly out of question that LOTRO Worldwide could be well over 1 million subscribers!  I’m not quite sure how to map login attempts to subscribers, but certainly it isn’t a 1 to 1 translation but it probably isn’t too far off, my factor of 3 approximation might even be conservative.

I also find it very interesting to note the server volumes and that the previous big 3 (Elendilmir, Landroval, and Brandywine) are no longer the big 3 and that my server Silverlode is actually quite high on the list!  While it is hard to really pull what the login values mean for subscribers, the relative size of the various servers should hold pretty true. 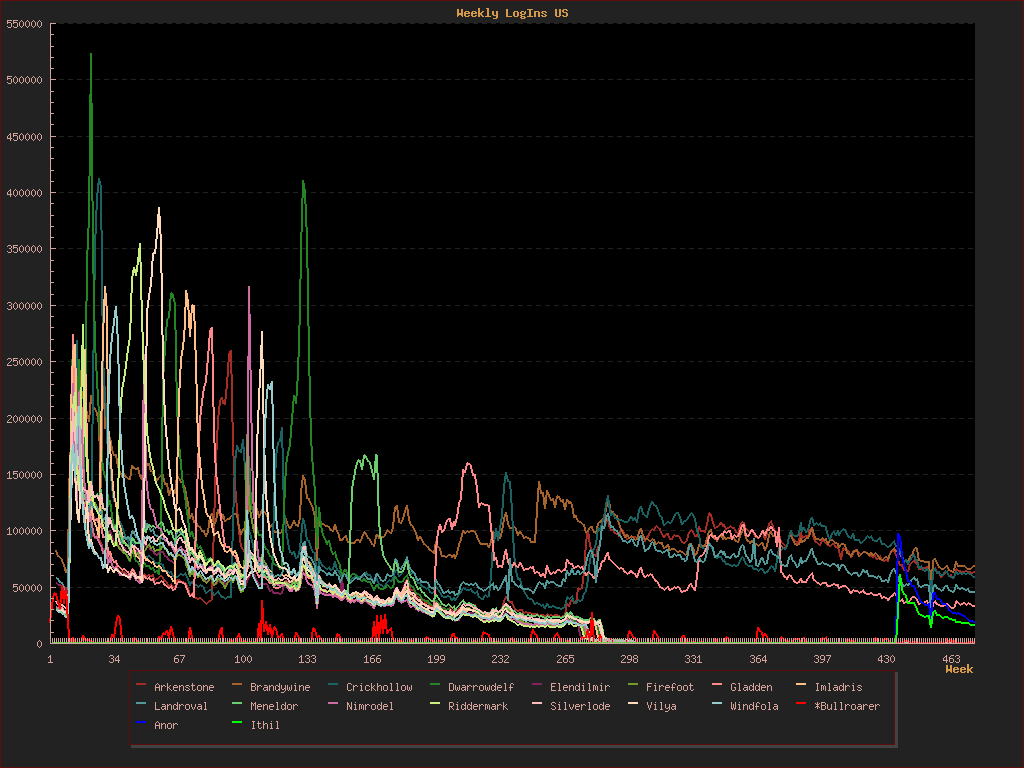 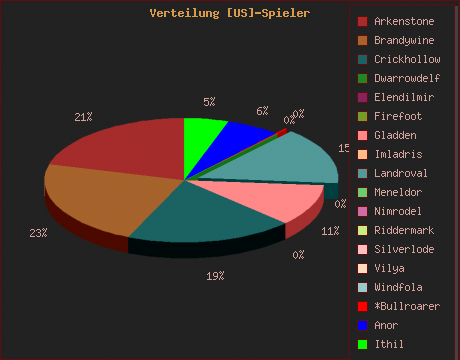 To find your server, I start from the top with that 0% line being Bullroarer.  Starting from the bottom of the legend, working up follows the pie in a clockwise fashion.  So Windfola is at the 1 o’clock position, Meneldor at 3, Gladden at 6, Dwarrowdelf at 9, etc. 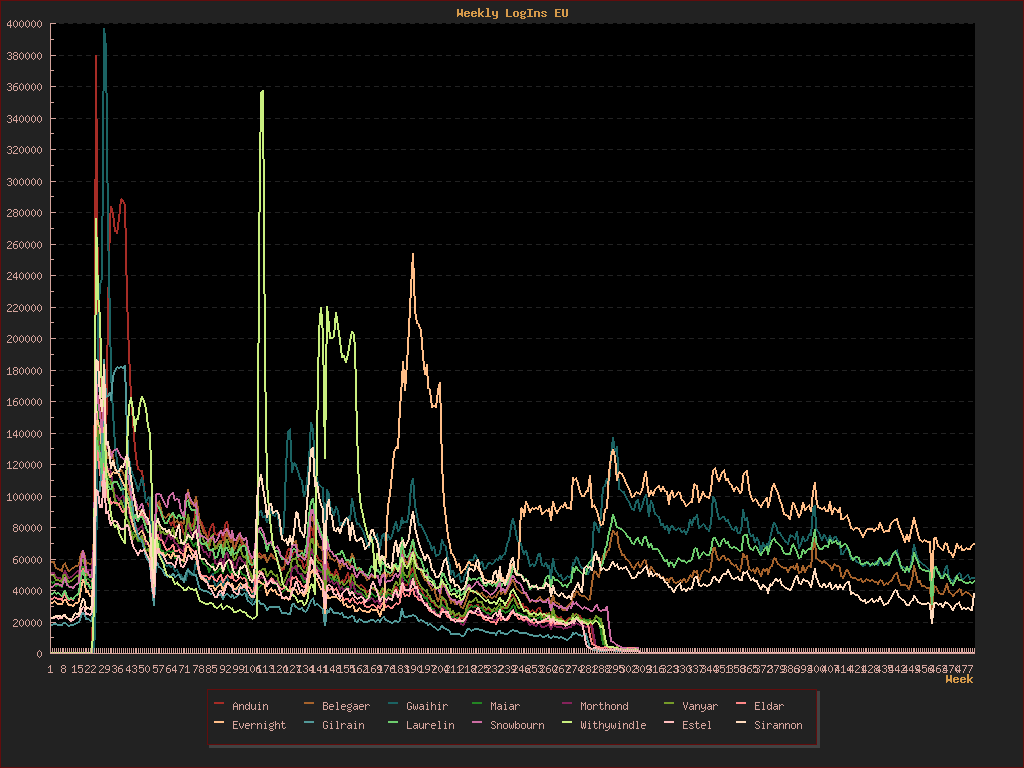