DevBlog #865: Celebrating the players with community events at Fanfest

CCP Navigator talks about their plans to support more charity events during this years Fanfest.

Read on or else…

As Fanfest 2011 rapidly approaches we want to bring you details of the many events that the Community team will be hosting at the Laugardalshöll Convention Center in Reykjavik. This year we have sold more tickets to Fanfest than ever before and we have planned a list of events to help you relax and have fun with your fellow players in between roundtables and presentations on the future of EVE.

As many of you will already be aware, the Community team work with the players during Fanfest to help support a charity. With the help of your generosity, we raised over 1,000,000 Icelandic Krona, approximately $8,500.00, during last Fanfest which went to support Child’s Play. This year we will be supporting Get Well Gamers, a charity formed in 2001, with the goal of bringing video game systems and games to children’s hospitals.

Not all of the Community events this year are focused on charity but they are all focused on fun.

Community Message Booth – The hub of all our events.

The message booth at Fanfest 2011 will be a place where you can leave messages for each other to arrange meetings, leave contact details or to sign up for the vast amount of Community held events during the three days of Fanfest. This area, which will be located near the silent auction stand, will be the place to sign up for the poker tournament, battle of the bands or any of the “True or False” and “You say, I guess” quizzes.

You should note that while all of these events are open to everyone, it is important to sign up early as there is limited availability. 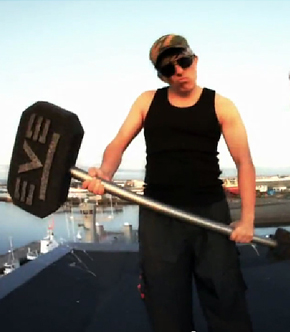 The Silent Auction is one of the most popular attractions at Fanfest as it generally holds some items that you simply cannot get anywhere else. Did you ever dream of holding a 100 day GTC once again? Maybe you would like to be the proud owner of a prototype t-shirt that never went into production? How about owning a one of a kind, hand painted Kronos ship model? These and much more will be on offer this year.

This year, the Silent Auction will follow the conventional description by having all bids displayed on sheets of paper up until the official finish time. To get your chance to win some great swag simply visit the Silent Auction stand on the ground floor and bid!

Last year we held our first No Limit Hold-em poker tournament which was a massive hit. We had so many people interested in playing that we simply could not accommodate everyone, and this year we aim to make this event even bigger and better. During Thursday, march 24 and Friday, march 25 we will hold qualifying rounds for players to move on to a final table showdown in which players can win some seriously good prizes.

The poker tournament is one of the major areas by which you can contribute to our charity drive for Get Well Gamers, and we reward this particular event with a lot of PLEX, ship models, medals and much more for the winners.

The question is, do you have what it takes to outplay the rest of the poker players at Fanfest and emerge victorious?

Attending Fanfest is an exciting whirlwind of excitement, alcohol, and most importantly EVE Online and you don’t want to forget any second of it, and because of this you will most likely have your camera at the ready on the off-chance you’ll get a glimpse of CCP devs doing the conga line. So why not take advantage of the opportunity, take that embarrassing photo, and enter it into the Photo Scavenger Hunt for the chance to score yourself some cool stuff?

Working in teams of up to four, you will need to take photographs to depict common EVE sayings. These photographs need to be taken during your vacation at Fanfest 2011 to qualify. You can take pictures from all around Iceland as well as the Fanfest venue. Your five top pictures will be matched up to five EVE sayings from a list you will get when you sign up. These will then be judged by a special handpicked panel of judges. Judging will be based on which teams set of photos best represent the captions with relevance, humor and creativity. The competition is limited to 25 teams. Sign up early so you don’t miss out. A full list of rules will also be available at the signup booth as well.

True or False – Your EVE trivia knowledge can earn you prizes

Think you know a lot about EVE trivia? Do you know your ships, items, ammo and EVE lore to correctly identify when the quizmaster is being truthful or telling a great big lie? If so, then this is the ideal quiz for you.

The format is based on the quizmaster asking a question with the players participating deciding if the answer is true or false buy lining up behind the true line or false line accordingly. The winner will be the last man standing.

Signups will be held at the message booth and we will allow two teams of 10 players to participate per day. The sign-ups will be on a first come, first served basis with the event running at 10:30 at 14:30 UTC daily. Prizes will be issued for winners.

Please note that times may change so it is essential that you come to the Community message booth and sign up early.

You say, I guess – Only the fastest minds and best clues will win

This event is another brand new Community event for Fanfest 2011. Teams of two players will participate at a time and each team will be given a set of cards with an EVE ship, item, a piece of EVE lore or meme written on it. Their job is to provide their partner with clues so that they can identify what is written on the card. The winning team during each round is the team who identify all items on the cards in the quickest time.

Speed is the name of the game and there will be two games played per day at 11:15 UTC and 15:15 UTC. Sign-ups will be held at the Community message booth if you want to participate.

Please note that times may change so it is essential that you come to the Community message booth and sign up early. 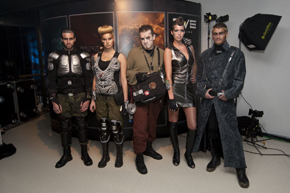 With the advent of our new character creator, and the upcoming release of Incarna, we will be holding an event during Fanfest which is aimed at rewarding players for dressing up in EVE related attire. The Community team will have spot prizes of EVE Store gift cards which will be issued to those who come to Fanfest, in costume, and who dazzle us with their creativity and likeness to EVE characters.

Every year we see fansites dedicated to EVE Online get bigger and better with the fansites giving up their free time to report news on Tranquility, report major events and develop emerging communities of players who come to their sites for guides, tools or advice.

The community team will be meeting with these fansites to show our appreciation and to ask how we can help to promote their sites and fill them with additional content.

During the movie show which will be held on Friday, March 25, the Community team will be handing out free popcorn to all who want it. This is just one of the ways we like to say ‘Thank you’ for being such a cool community!

The Community team is honored to organize as many fun events as possible for players travelling from all over the world to celebrate EVE Online with us at Fanfest 2011. We hope to see as many of you as possible at the message booth signing up for cool events or simply to hang out and chat with us for a while.

If you have not booked for Fanfest yet you can still do so by visiting our Fanfest page and signing up for the complete hotel and travel packages. We look forward to meeting you all in March!

DevBlog #883: Those Anomaly changes in Full