The events have already started as Sapience posted today and run until May 2nd so you have plenty of time to get enough tokens.  So far they’ve announced the following:

If you’re curious about the new horse and the requirements, take a look below: 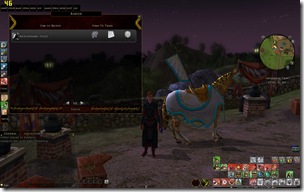 PvMP Update Included in LOTRO Echoes of the Dead Update