I watched a young man purchase Grand Theft Auto 5 yesterday as I was standing in the checkout line, and he was excitedly talking to the clerk about her experiences with the game, eager to get home and start his own adventures. This is a scene repeated constantly in stores around the globe as new games are released and people who play them share their experiences with each other over phones, counters, keyboards, and tables around the world. I nearly started interviewing them both on the spot, but they looked at me and obviously found it unbelievable that a woman ‘my age’ would know anything about it!

That brings me to my topic, the great expectations humans have on entering their virtual worlds and how human culture is expressed there.

What is culture? Here’s a definition from Merriam-Webster Online:

: the beliefs, customs, arts, etc., of a particular society, group, place, or time

: a particular society that has its own beliefs, ways of life, art, etc.

: a way of thinking, behaving, or working that exists in a place or organization (such as a business)

I didn’t know what to expect when I first entered a Massive Multiplayer Online Game (MMOG), but I certainly have expectations now. Imagine being a young Richard Garriott as a teenager ‘inventing’ the future Ultima Online! How did he come up with the basic abilities for his game that allowed us to take our culture online? What were his expectations as he programmed this game?

Users meet up at the Winter 2004 DreamHack LAN Party.

Now, in 2013, I have definite expectations on how a game will present itself to me so I can learn it quickly and chat with my friends, and find my way around the little universe presented there. What do you expect upon entering a new game? Do we all have basic expectations now that facilitate our human culture, or even just our own national culture, playing itself out in a game?

Perhaps we can look at this from what may be needed in a world to allow for culture to flourish. What are the basic things that humans look for? Do we look for basics like food, clothing, and shelter as we would in the real world or is that replaced by some very elemental game mechanics alone? I think all those elements may be there, particularly whenever I make a new character and spend a great deal of time making sure she looks lovely in her new clothing and armor! However, in a game I think there may be a few other things that are required in a basic setup, like:

There, so we have a basic set of expectations established … but is that enough? What else do humans bring with them into any place they go? I think they also need:

So there… will these 11 things make “culture” in a MMOG?

I think there are a few things I’ve missed and it relates to the young man and woman discussing Grand Theft Auto at the beginning of my story. Humans have a few very basic and inescapable parts of being human. I would list them as: 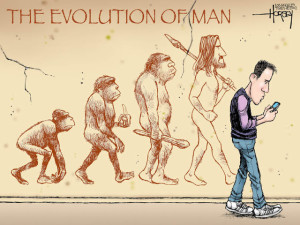 We are into a very complex set of conditions now, aren’t we? There is nothing at all simple about human culture and relationships. This article is a totally simplistic representation of what goes into making up a cultural experience with human beings. I hope it exemplifies the complexity a little bit at least, and inspires you to think about the accomplishments games have put forth to bring humans into them and represent something that keeps them coming back. It is no small feat to have created a place for us to go to, live in with avatars, and support our online social groups that play and function there in MMOGs.

In my next article I will go into a few of these aspects of culture a little more in depth and I will also be offering some interviews and questions on game development history with various producers who have given us games that translated human culture into an online experience. I will also be pursuing the idea of culture in online gaming with a special interview during our Stratic’s 16th Anniversary Celebration. I hope you will join us for this very special celebration on October 20th!

The Discovery, Changes & Future of Stratics

Mystery Science Theatre 3000 does Lord of the Rings