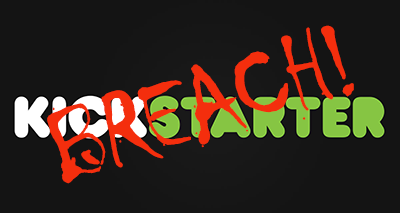 [/NoImgStyle]Yes, we want your attention! Anyone who has contributed via KickStarter to various projects like Shroud of the Avatar, StarCitizen, or something a bit more tangible, it is strongly suggested that you check your email for a very important announcement and go update your KickStarter credentials! We are not kidding folks, this is pretty serious.

In an email received by many…

“On Wednesday night, law enforcement officials contacted Kickstarter and alerted us that hackers had sought and gained unauthorized access to some of our customers’ data. Upon learning this, we immediately closed the security breach and began strengthening security measures throughout the Kickstarter system.”

The email goes one to lay great emphasis on the claim that NO credit card data was accessed. Also that NO unauthorized activity happened on your account. But you can never be too careful!

In this age of virtual spending, it is always good practice to log in and update account credentials on anything you spend money through. It is also a good idea to get a Random Password Generation Tool as reusing “1234ismypassword” is not a really good idea. Blizzard’s Authentication Key (which is downloadable to iPhones, iPads and Androids or purchasable on a snazzy thumb-drive) is a really good idea when you think about it. Many online banking services are also implementing the double-authentication idea where major credit cards are going to a chip/pin combination.

[/NoImgStyle]One security method used by your’s truly is called KeePass. It is a self-contained password safe & key generator that is small enough to live on a thumb-drive. It is free, platform independent, and very versatile. I have other methods for generating and remembering all my passwords (and believe me, I have a-lot!), but KeePass is probably one of the better ones and is actively maintained by its creator. With a list of awards and ratings that seems to go on forever, its worth looking at.

There’s no way to avoid it – online transaction accounts are constantly being bombarded by malicious hackers who want your money. Don’t let them succeed – go update your passwords today!

Want to discuss this article? You can do so here on the Stratics Central Forums.

Is WAR branching out?

Mystery Science Theatre 3000 does Lord of the Rings