Stratics has a long history with Tim “Draconi” Cotten and Derek “Supreem” Brinkmann as current Stratics VIP forum members and co-founders of Citadel Studios, the studio behind the exciting development of Shards Online. The Ultima Online community will always have fond memories of their contributions with past expansions and publishes that added years of content they enjoy to this day. Who could ever forget the, “burning in effigy” stakes of dropped houses, highlighting another cheater gone from game? Or the Halloween pvp events on Shard of the Undead? As a former staff member of Stratics, Draconi has a long history of supporting us and it is our honor to show support of Shards Online.

We know who Tim and Derek are to us from times past, but who are they now? What have they been up to? Let’s ask them!

· What made you decide to create a new studio?

Tim: It all began back at the “UO Frat House” in San Francisco where a bunch of us Ultima Online developers roomed together. We had a lot of late night game design discussions, and okay, sure… some nights we’d debate the merits of setting cheaters’ houses on fire, but mostly we talked about how lucky we were with UO – we could do things that other games just couldn’t do.

We could burn entire cities to the ground and let players loot the rubble in real time. At one point, we created an alternate dimension where players could even freeze time. The feeling of power was absolutely unreal – and we loved every minute of it.

We promised ourselves back then that, no matter what, we would eventually build a game ourselves that captured the same feeling UO gave us.

When Derek and I moved cross-country to Virginia to join the Mythic team, we met our rockstar artist Chris. It wasn’t long before we knew we were all on the same wavelength. The three of us got together and hit on the big idea for Shards Online: give players the power that we had with UO.

· Did you start with this concept or did it evolve from something else?

Derek: Shards has evolved rather organically over the project’s lifetime.

One of the things we heard over and over while working on Ultima Online was “I wish there were more games like UO.” So the project initially started with that goal in mind. We wanted to bring back that old school feeling in a modern online game.

We aren’t aiming to create a spiritual successor to the Ultima franchise; we believe that right belongs to its once and future king, Lord British himself Richard Garriott. We have no doubt he’s going to hit it out of the park with Shroud of the Avatar.

Instead, we wanted to take the years of inspirations and insight we gained from working on UO and apply it towards something that could be totally new and different.

The concept of allowing players to run their own servers emerged as we attempted to solve the problems associated with maintaining a traditional MMO on an indie budget. We fell in love with the idea of allowing the players to customize and moderate their own game worlds as a supported feature, so we ran with it.

· What is your team like and how did they bring their own experiences into the development of Shards?

Derek: For starters, there are the three founders (Tim, Chris and I) who worked together in the past at the big studios. Then we have our awesome project contributors, who vary in experience and the time they can commit, but are all extremely passionate about what we are doing.

We’re proud to have former Ultima Online devs, great artists from Warhammer Online, and new talent from George Mason University’s game design program. Some of you might recognize a few names on our team like Supreem, Draconi, Logrus, and Phoenix!

The team is still growing and evolving. We’re focused on making the game right now, but will definitely start sharing more about the development team in the coming weeks – what they’ve done in the past, what they’re doing now, and what they’re bringing to the table to make Shards something special.

You can learn a little bit more about us on the Citadel Studios Team page.

· Will Shards develop with community input along the way or do you have a set progression in mind?

Tim: As a company, even outside of Shards, we’re focused on our community first and foremost. Our mission is to build a community of dedicated players around the next generation of multiplayer sandbox role-playing games. But how do we build a great community? More importantly, how do we help players build their own great communities?

Our answer is Shards.

At launch, we’re binding several completely different shards together (from swords and sorcery to steampunk) in the game’s official cluster. Every shard will have live events that involve – and evolve with – the community. They’ll feature branching storylines, shard-altering consequences, and unique items and rewards that can take back home with you.

The best part is we’re also giving players the ability to mod our existing content and create their own. You can run private or public clusters with your own rulesets, and choose how and with whom you interact. In your shard you can be a king, a god, or even a humble street sweeper. Be careful playing the grim reaper though, you might not keep players for long!

We’re making the power to build incredible communities accessible to every player.

· The game will run in Unity? Does this mean browser based, standalone client, both? What platforms can we expect to find the game on?

Tim: Unity has been an amazing partner for us, and we’re targeting a standalone client running Shards on PC/Windows at launch. We also happen to be fluent Linux developers and some of us rely heavily on Macs, so rest assured we’re looking at both Mac and Linux as platforms as well.

· Do you have any sort of timeframe for alpha/beta testing, or is it still to early to think about that?

Derek: It’s still a bit too early for specific dates. We’ve been running closed internal playtests on a weekly basis, and we expect to start inviting more and more testers as we finalize more features. Be sure to sign up for our mailing list on the Shards Online website for opportunities to participate.

· Can you share anything about the business model? Your website seems to hint at buy/free to play?

Tim: We plan to sell the client and standalone server as a bundle. That’s all you need to play the game. We’re also planning some premium services in addition to the base game. We’ll get into details about those as we get closer to launch.

We’re definitely not exploring a freemium model; we’d rather give players as much as we can up front instead of nickel-and-diming our community.

· Tell us one of your favorite moments from your time as developers on Ultima Online.

Derek: I always had the most fun interacting with players on Test Center where we could use our god powers without worrying about upsetting the GMs. We used to do all sorts of crazy things – unleashing immortal fire breathing purple llamas on the players at Yew moongate, for example.

One time, I found a player AFK all alone in the woods and decided to have some fun with him. I created a dinner table with chairs and a nice feast and sat him down at the head of the table. I replaced his weapon with a feather duster and placed NPCs in all the other chairs. I still don’t know what that player thought when he came back to his keyboard!

Tim: My favorite moment isn’t even something I did or someone I set on fire! Wilki was working hard on some Valentine’s Day content and accidentally used the wrong Object ID for a ‘rose in a vase’. It was instead a ‘slice of bacon’, and it appeared in every player’s holiday gift box.

Stratics U.Hall lit up the moment the update hit Test Center. There was a lot of good natured ribbing both inside and outside the team, but it became a beloved inside joke overnight. We made the decision to keep the bug as-is and roll it out to the production servers, because the community loved how we could make very human and very amusing mistakes.

To this day I believe Valentine’s Day gift boxes in UO contain ‘a slice of bacon’ in tribute to Wilki. It really cemented for me the kind of relationship I wanted to have with players and set a great example for what we want for Shards Online, too. 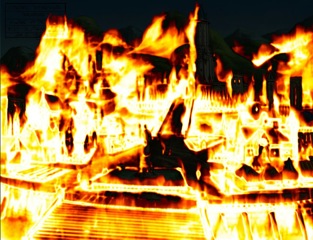 Stratics would like to thank Derek and Tim for their time. Now it’s time to get the word out, and you can help! Head over to Stratics.com, click the Sites With Benefits banner on the right side and complete the missions. Not only will you help out Citadel Studios, but you also get a shot at winning a $20 Steam gift card!
We’ll draw a winner Saturday 3/29/2104 at 9am EST.