With the LCS teams locked in after yesterday’s games we say farewell to two teams both XDG and Team Coast bow out as Chinese power house LMQ and North American challenger team Complexity Black enter the fray with EG the only team from spring split  to be relegated making a return.  Can LMQ shake things up with the consistency of the Chinese team’s hard work and amazing team play or will NA’s top teams  with incredible individual skill  and Cloud 9’s on par with the Korean and Chinese teams teamwork be too much for them to handle? 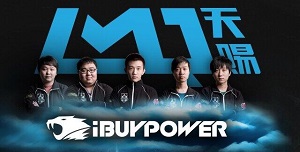 LMQ’s XiaoWeiXiao being thought of as one of the best mid laners in the world with his impressive play on multiple champions one of which being his exceptional Nidalee play and his all around great mechanics and farming can anyone stand up to this mid lane monster?   Also showing extremely well is LMQ’s Noname and his ability terrifying Nocturne game play with extraordinary counter ganks and impeccable ability to disrupt back lines.  Will they show us they deserve to be here or can the likes of Cloud 9, TSM and CLG rise to the occasion?

The current teams in the NA LCS are now Cloud 9, TSM, CLG, Curse, Dignitas, EG, Complexity Black and LMQ it’s shaping up to be a split no one will soon forget.

With no more LCS to look forward to on the weekend we have to wait until the Summer split starts to see how the NA teams respond to the newcomers from China and their undeniable skill and North American challenger team Complexity Black.  With the news of TSM’s Xpecial  being benched for the time being and many’s thoughts that Team Coast’s Shiphtur being regarded as one of the best mid laners in NA we can expect some lineup changes in the coming weeks.

I’d like to take a few seconds at the end here to do a small giveaway as everyone loves giveaways with 5 Curse Voice beta keys this giveaway is first come first served.  GLHF and I’ll see you on the Rift.