3.2 Million Subscribers Lighter – Why MoP is STILL the Best Expansion!

This is prompted by the quarterly results Blizzard publish regularly, and some of it may be less then precise. I apologize if this piece is based too much on opinion, but I feel there is a compelling argument to be made and relish a chance to lay my mind out on the paper. I hope you can follow along and enjoy!

This week, it was released that with Quarter twos departure, so went another 800k subscribers. This leaves World of Warcraft at 6.8 Million subscribers, despite starting MoP with 10million.

It is no real surprise that these 800k exoduses have happened, so let’s start there and build the case as we go.

You can see this as evidence all around the “fan” sites that are popular. So many people fail to see a reason to play MoP when there is no new content planned. Among them, there are likely many people who very much enjoy World of Warcraft, and are simply burned out doing Siege of Orgrimmar for week 1024. Those people, I wouldn’t blame, although I am sorry to hear where these cases end up effecting your love of the game more then they should. 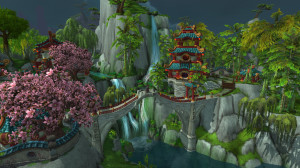 As mentioned, the perfect microcosm as to why 3.2 million people unsubscribed from an expansion that brought you Brawler’s Guild, Connected Realms, Challenge Modes, Proving Grounds, brand new PVE end game ideas (eg timeless isle,) an entirely new type of group content (eg scenario,) the list can go on for the rest of this article. Point is, MoP has featured more content added to the game then the rest of the expansions have put in combined, yet people still make these hollow comments about the game and its direction.

Realistically, it may feel like too little, too late. Hopefully, most people don’t see these patch notes and list of features and think they are bad. Hopefully they just can’t find the interest to try them all, and don’t have that enchanted spark any more.

But for as many people that quit that have made their claims public, there is always that group harping on things they feel that should be added that already have been.

Now why this mentality has developed is another issue all together. It was around Cataclysm that I first ran into it, but I doubt it started there. That’s just when “popular” faces added their names to the lot. I’m not going to be naming names, but in my mind I can name a huge contributor of it, and realize immediate that him and so many others fall into this same pool. Asking for challenge when they are dead on the floor. Asking for more content when they aren’t even max level. Claiming the game has changed negatively when they haven’t even tried any of the new content.

All it takes is one influential voice to plant this dastardly seed. And boy are its roots deep by now.

Unfortunately, this is the landscape we reside in. The best route around it is to ignore it. I am not this passive though. I fancy myself a crusader of sorts, playing an active role in stirring the pot to help those people unwind their foolish arguments and expose them to be the weak, ill-conceived notions that they are. Very rarely do I expect to obtain anything positive, but so many people follow the mass notion blindly, that when they receive resistance, they quickly fluster and backtrack.

So here we are, back at the start. In an era that featured these types of changes we find ourselves behind the 8ball, trying to discern what happened and sift through the rubble. In reality, the rubble is all there is and ever was. It was never concrete, and no one ever appreciated order. People love sporadic, and they love spontaneous, and as soon as the opposite notion gets twisted into their conscious, they immediately believe their happiness to be over.

Knowing this, let’s conclude precisely on why this expansion lost so many players, and gained something that could never be surpassed. 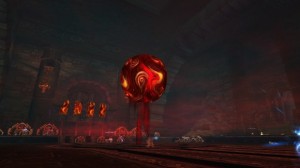 For a start, when this many people quit especially when the expansion has been so thorough, you know that a LOT of casuals have been among them. I’m not talking about people who don’t raid. I’m talking about people who do NOTHING. They do nothing in the game, and still have a sour taste in their mouth. Whether they left with regret or hatred, it is best for them to go. It hurts Blizzard’s pocket no doubt, but they are not contributing to the game. If those people ever come back, it proves they didn’t leave for the right reasons anyway. If it were up to me, I would want to expose them for the ungrateful saps they are and do everything I could to remove them actively.

This has been noticeable over the years, and has been talked about many times, and is honestly a feature I would pay thousands for. When we first started this guild, we were bombarded with people who had no gear, no knowledge, and zero clue asking about joining and getting hostile when we said no. This confused, immature player type is slowly being eliminated, and while it means less people overall, it equates to a higher percentage of player you want to be around.

You see, when the fat is trimmed, you are left with a much smaller, more lean selection. And with features like the cross region premade group builder, the community comes closer and closer together. Gone are the days of sifting through the millions of children in trade chat. Sure, those children are still there, but every “quarter” their numbers are trimmed even more.

Every expansion, I grow more and more attached to the features of the game, and grow more and more invigorated as the community progresses from a rampant daycare to a cultivated garden Newton would be proud of. Selective breeding at its finest, as only Father Time could muster.

Its unlike Blizzard shares the same sentiment as I, but I’ll say it one last time to prove how happy I actually am.
This expansion lost 3.2 million people. Some of them were great friends of mine. Most of them couldn’t be missed if I was their mother.

3.2 million people have unsubscribed, and I could never have been happier about it. See you in Draenor.