The ninth release of Shroud of the Avatar (SotA) is scheduled for this weekend, promising to be exciting with loads of combat additions, new features and character customization tweaks along with more land, a new city and introduction to the main continent. Beginning August 21st and lasting until August 25th, the game still moves on in pre-alpha status. Open to First Responders and above along with winners of the MMORPG R9 sweepstakes, Windows clients can simply patch up (takes about 15 minutes overall) while Macintosh and Linux gamers will have to completely re-install the game.

Let’s get this out first – everyone and is brother (or sister) is looking for a new way to enjoy PvP gameplay. SotA’s team has introduced a new system in R8, combining a sort of Card Combat with the traditional Hack-Bash-Cast model typically found in MMOs. Those that play MTG (Magic the Gathering) might be slightly confused. No, you will not be given a Black Lotus type of card to wipe out your enemies. Nor will this be the atypical key-bash found in a lot of modern games. My poor keyboard is praising this new system.

What is most prominent is that players are not married into certain skills sets or spell types. This gives way to a more hybrid way of fighting in the game. Of course, players can slant their skills and cards more toward magic or melee, and some serious thought needs to go into what kind of fighting you want to do. What makes it all very interesting is that you pick your skills, pick complimenting cards to build your deck, and randomly they appear for you to use while in combat. You do have a bit of control over how many and how long your choices last by what skills you develop so it is not all left up to the dreaded RNG factor. There is just enough diversity to make combat (PvP or PvE) something so much more than a key-bash or mad-mouse-click session. You honestly have to work some skill, tactical thinking and strategy into it. Add that the developers have introduced Combos, combining different skills and spells (or glyphs) to create more advanced movements during combat, and this release promises to bring joy back to online combat. 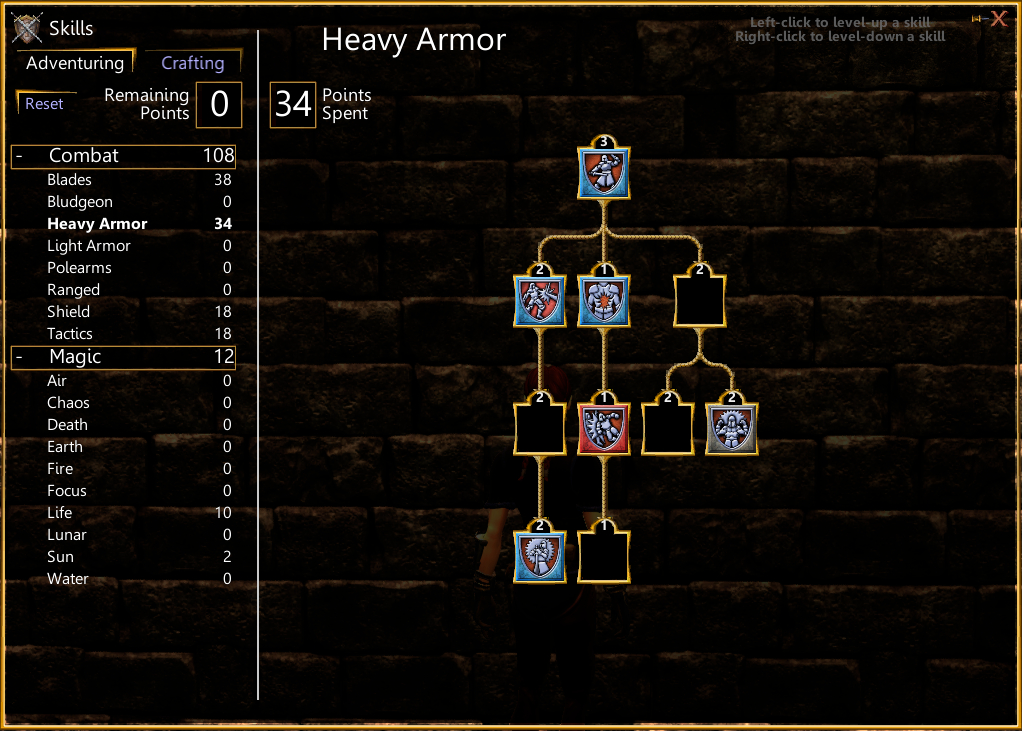 Also new this release is Team Combat. Players enter a specific arena and choose to fight for Chaos or Virtue in matches that last about 10 minutes. The team with the most kills wins and everything resets for new groups. This could be the beginnings of a tournament style of play for future development, but right now it works well to test group tactics with the card system.

The first city on the main continent is now available for players to visit and test housing in. It is a waterfront city on the south-eastern side of the continent. Other adventuring scenes will start appearing (just did a “deep woods” scene myself). Travel around the world can be had via the Lunar Rifts which will port to various places depending on the time of day (or night). This is an interesting twist to distance travel and hearkens to the randomness of the moongates from classic Ultima and the very early days of Ultima Online. I’m not about to give away which time is best to get to which place, but I can say that during the day the teleports will go to overland destinations. At night, you best have a good reason to use the rifts as you will be ported to someplace underground! 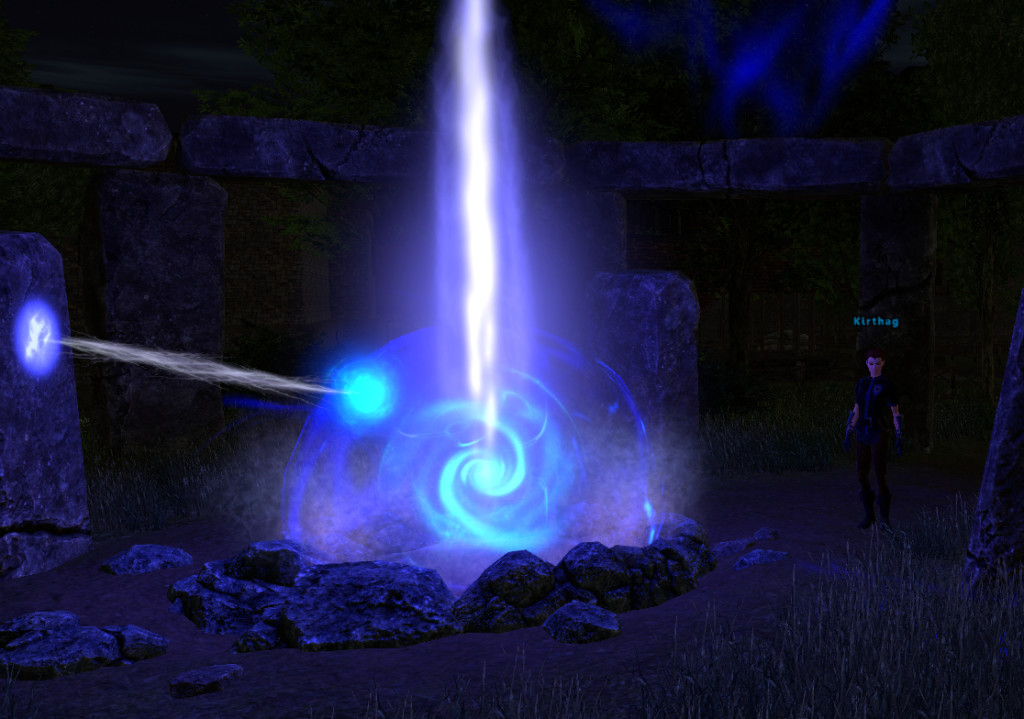 The staff at Stratics is always very excited when SotA’s release time draws near. For those that are not able to log in, or if you’re simply curious about Richard Garriott’s latest project, you can check the Stratics.TV Live Stream schedule to see when one of our staffers will be broadcasting live. During R9, Kirthag will be adventuring, decorating and streaming for her inaugural Kirthag’s Late Night, a weekly hour long broadcast of several different games. Go check the schedule for future live stream events or to see who is broadcasting on their own Twitch.tv channel.

All About the House | Pre-Alpha R7

Why Do Gamers Support Crowd Funding?