With 6.0 two weeks away, its not surprising we are going to see more and more types of info dumps such as these, it just is a matter of what they pertain to.

In the WoW news this week is the specifics of the 10 year anniversary event, as well as a subtle yet important tweak to the barber shop that has everyone jumping for joy. Let’s go through both topics and discuss whats new and why its important!

Just this week, two new specific announcements were made in terms of the event, both of incredible importance!

If you would like to read more yourself, you can do so here.

If you have, you’ll immediately notice the dates on the event being quite different then we all expected. Historically, the anniversary would have started on the 17th of November. As a reminder, the expansion releases the 13th, so that would mean only 4 days from launch. Considering the horrible timing this expansion comes with, there was no question they needed to address the anniversary.

I’ll stick by my statement of saying having three events like this back to back to back weeks is undoubtedly the worst business decision the company has ever made, but by extending the start date and length of the event as they have, it at least breaths new life into the interest people will have. It also likely helps extend the hype around the expansion’s launch, as a big part of it will be this event.

We also get precise confirmation that December 2nd will be the launch of Highmaul Progression as we expected. Remember, this is to negate the Thanksgiving Holiday, and give people enough time to complete the raid before the Christmas one as well. I’ve laid out the full expected schedule based on Ion’s comments in this article.

Another interesting piece of news we received is LFR quality helms will drop guaranteed from completing Ragnaros. This may seem trivial, but its a HUGE deal considering it will likely end up pre-raid BIS and can be used for either spec! Its the original crown of flame model as well, check it out! 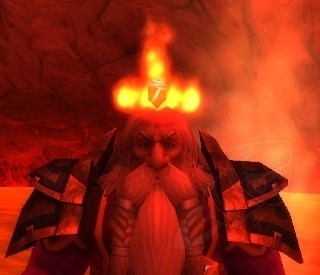 This also begs the question about other potential gear options from there. Will we end up seeing this be a more lucrative way of getting gear then Challenge Modes. I really really hope not, but I suppose if anything, promoting this celebration is better then nothing. Only time will tell!

Since last year’s Blizzcon, people have had the fix in from the start on this topic. Everyone immediately complains along the lines of “WHAT!? They changed my character’s model? Well I demand a free fix for this then.”

Blizzards initial response was to say that they would make the appearance as close to its previous face as possible, and frankly, I haven’t seen any evidence against this, but I suppose this is still the logical answer to the problem no matter what. You can’t please everyone, but now there wont be riots of people demanding a free service that they frankly don’t deserve.

If you are on the fence about this topic, remember other expansions. Panda is introduced as a new race with the epicurean food buff. Especially as a tank, this was widely considered overwhelmingly the best racial in the game. This forced players who played the game serious enough to care about these things to pay for a change. There was no free alternative then, unless you wanted to level up an entirely new character in the 1 week you had to prepare. Its a bit of a different situation, but to be worked up about a face change just seems as petty and shallow as it gets in a game like this.

Anyway, it doesn’t work how many people would expect. A lot of individuals would have likely rode a free character customization service, which currently offers a Name, male to female, and full face/skin change.

Instead, this becomes integrated into part of the Barber Shop. It allows only to cycle between the 5 or so faces each race has available for 30 some gold cost.

I’ve made a video on how it works below, but frankly, this is the preferred choice for me. Its a win-win all around, and I’ll tell you why I say that.

Originally, I was concerned this type of service wouldn’t find its way to the game because of the amount of money they could make on race and character changes. 90 percent of the issue is the face differences between the old and new models though, and its pretty obvious that’s on Blizzard’s side, so to charge people to look different because they couldn’t hold as true as they said is really bad business. So now, we have free face changes, perhaps not permanently, but at least for when it matters, but still have to buy a race or even male to female switch, something that should never be free. There is still a ton of money to be made from people who want different races or maybe to go female after they have seen a preferred change.

Either way, I think this is the charitable thing to do, and dare say that both the face change and the 10 year anniversary are being handled as well as they could be.

You must understand my skepticism when I first heard about the expansion coming out 4 days before the anniversary, but now that they have addressed it, it just seems to fit for me.

Premade Group Browser – Death of Many to Help No One?