For those of you who haven’t seen already, take some time to check out what Blizzard just posted.

The long and short of it is that any character, on an active account or not, that hasn’t been logged on to since November 13th, 2008, will get a free name change and the previous name they had will be up for grabs. As you can imagine, there are a TON of implications surrounding this, so let’s go through them all quickly and hopefully we can be on the same page about this… charitable event Blizzard is hosting.

Before we start, realize that November 13th 2008 is the day Wrath of the Lich King launched. Its hard to believe honestly, especially looking back to remember that it came out right before Thanksgiving and there WASN’T a forbearance period to avoid guilds raiding through the holidays. A lot has changed my friends, and some people’s character names are about to be among them.

1. Forcing People to Resub to Protect their Name.

It sounds silly, but this is a major implication of this event, and certainly not something Blizzard passed over when thinking about this. The counter-argument is that people unsubbed since before Wrath came out obviously aren’t coming back, but it doesn’t matter if it only gets 1 person to resub. Its worth it.

In fact, I would argue (without proof) that there will be a sizable portion of people who fall into this category for a number of reasons. Reason #1 is that I know quite a few people who played the game back then that are simply “waiting” for the right moment. They say things like “This expansions might save WoW, I’ll check it out again,” or “Meh if Steve and Frank played again, I’d resub in a heartbeat.”

Things of that nature. So they are already considering it, they just have reasons they don’t want to pay for everything. What this person does not want to happen is have their legendary name taken from them before they get the chance to return. An easy 15 dollars for the shot as saving something they cherish.

Its a brilliant play on their part, and I expect they receive a few thousand resubs and a few thousand dollars while simultaneously handling the rest. 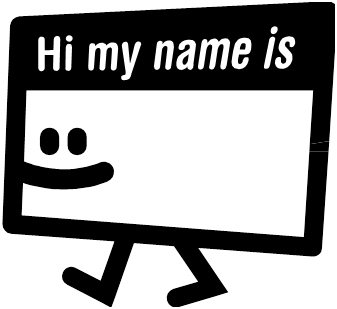 Before I even processed what was happening, I immediately considered paying the 15 dollars on this service to change from Metrolol to Metro. Then I realized that’s the reaction they want you to have! If you look at all the comments on the thread I linked, you’ll see the exact same sentiments there shared by everyone. People saying “lots of cool names are freed up.” Yes they are, but why would I want to change the name of a toon I have had the same way for 5 years. I wouldn’t, but many people would and will pay money to do so.

For every 1 person who will pay to resub for the first time since Wrath Launched, there will be be two more that pay to have a shot at the names that become available.

And just to sweeten the pot, think of some of the names that may be available. Lots of 2-3 letter names were eaten up on launch, same with names of real life people. Matt, Brown, Clint, Yawn, Light, Go, Age, Run… 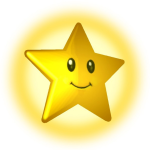 List can go on infinitely. Maybe its time to start a new chapter in wow as “Star?”

The first two were slightly underhanded and borderline greedy implications, but that doesn’t mean that everything surrounding this topic has to be. In fact, reintroducing names like this to the mix is a REALLY healthy thing for the game.

I’ve said this for some time now, but there is simply too big of a barrier to entry for this video game. Having to buy 6 games, then level 100 times, and figure out what name you want to pick that isn’t already taken is a massive challenge. The introduce the “New player” realms periodically, which is great because it allows those people to not have to worry about what is already going on with the realm, but its just not very likely that people actually congregate there.

Either way, naming a new character now-a-days is a task in creativity. Its nearly impossible to come up with something short and original, so you pretty much need to either randomize or make a variant on your previous decisions. For example, all my toons are Metro- followed by some laugh acronym: Metrolol, Metrohaha, Metrorofl, Metrotehe, etc.

Having more to choose from is always preferable.

The way I see it, this is the most important decision of all. Essentially, they are trying to get people who haven’t played since TBC interested once again in the game. Why do they think it would work? Well maybe because there are so many similarities? The fact that both expansions happen in the same place just under much different circumstances is enough for people to have interest. I’ve seen it already on TBC private realms. People make those passive aggressive claims that you can tell are uttered out of interest purely.

And why not? This is a cool idea executed at an extraordinary level. If you haven’t seen the zones yourself yet, you’ll really be surprised at how great the game looks. Just the character models and the few visual tweaks such as the highlight around targeted items or creatures honestly makes the game feel like a whole new beast.

Either way, its obvious Blizzard is in repair mode. They realize that if they can stymie the losses now, they can keep building even more and more product. The issue that I have with that, is the likelihood that any actual skilled players come back is just miniscule. Obviously its good to get any person paying again, but for the community, the only type of people that quit in 2008 that are worth having back are simply not coming back.

As an aside, it mentions this name liberation will happen the say 6.0 drops. MY PREDICTION is that it will be September 30th. MMO-champion seems to disagree, but Ion said they wanted the patch to be out for 6-8 weeks before WoD, so not sure why they would think we still have over a month.

Druid Forms In Warlords of Draenor