The Thursday Interview: Kronus Heilgar, Creator of E. C. I 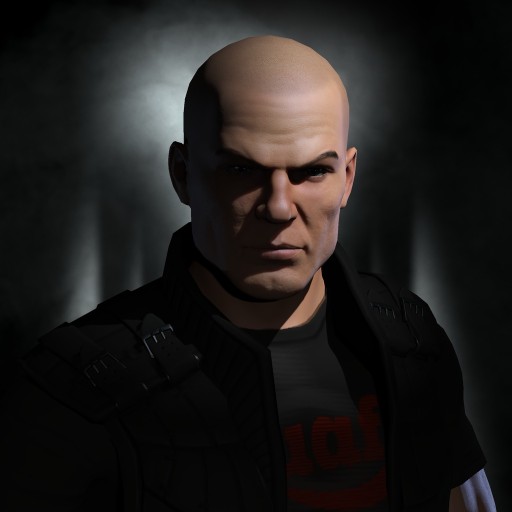 This Thursday we are bringing you an interview with 3rd party developer Kronus Heilgar, creator of EVE Central Intelligence.

Get to know the man behind the innocently looking website … Enjoy

For how long have you been playing EVE?

I began playing in June of last year. I was looking for a game I wouldn’t get board of so easily, and some friends recommended it. And damn, they were right.

Describe an average day in your life. What do you enjoy doing?

I enjoy long walks on the beach, and cruising around in my Manticore randomly slinging bombs at people in nullsec, just for the lulz. But really, I’m just an average 21 year old in Canada, enjoying my summer and taking my laptop to the beach to code while suntanning.

EVE is kind of a secret life though, as I don’t think my girlfriend would really approve of many hours per day coding apps to help people fly internet spaceships.

Outside of being a player, you’re also a developer. Is this something recent or do you draw on your exploits as a professional?

I think at this point, I’m more of a developer than a player. I havn’t done much in-game for about 7 months now, and have been focusing solely on 3rd party development. I recently graduated (in June) with an B.Sc. (Hons) in Computer Science and am starting my Masters degree in September, so I do this kind of stuff on a professional level as well. In terms of past EVE development, I started my first project (an attempt at a lotteries site) last August, which failed miserably and wasn’t completed. I then build and finished a project called EVE Emergency Alert System, a website where players could enter their API along with their RL email address and cell phone number. Players could add other players on the system to contact lists, and then send them emails or text messages without that very private information (phone number) being shared. It worked well and received good reviews, but the target market of very hardcore players was just too small to be viable. So, I finally moved on to E.C.I., and havn’t looked back since.

For how long have you been doing 3rd party apps for EVE Online?

CCP Games recently changed license agreements for 3rd party apps. What was your reaction to this?

If you’re referring to the monitization scheme they discussed, with a $100 license fee for developers, I think you’ll find if you look through the relevant thread that my character (Kronus Heilgar) was very vocal about it. In my opinion, it is the 3rd party devs who add a huge part of the game experience, and without the tools they provide (EFT, EVEMon, EDK, etc.) parts of the game would be almost unplayable. Therefore, CCP has no right to charge the people who work for free to make their game better, or the people who wish to use their dev skills to make some in-game cash. EVE is about unlimited options and possibilities, and if players choose to make their money by coding instead of by missioning or pirating or trading, there is absolutely no reason they should be forced to pay a RL currency fee in order to do so. That all being said, I believe it is perfectly fine to charge a fee for a license that allows devs to charge RL currency for their services.

There has been some controversial reactions to the app. As far as I can tell, mostly related to the principle of datamining. Can you explain some of the concerns and why the app isn’t violating TOS/EALA?

I think controversial is too strong of a word; I believe their were two characters posting on the forum thread who disapproved, one who disliked the implications of having such simple access to so much information, and one troll who was ranting about EULA/TOS policies that didn’t apply. To deal with the latter one first, just this morning CCP Stillman posted on the thread to clarify that the service was NOT in violation of anything. In regards to the former complaint, that’s the entire point of the service. It provides data that players would normally have to spend many hours gathering, and the prospect of saving that time by using E.C.I. is what makes it so appealing. Obviously that is going to have ramifications on gameplay in terms of spying and intel gathering, mainly in Empire space. Things change, and if you don’t embrace the future then you’ll be left behind in the past.

Any other popular misconceptions you want to use the opportunity to lay to rest?

I do not steal API keys from anywhere. In the future there will be the opportunity for users to import their own APIs (once the new API system goes live on August 30th) in order to unlock additional E.C.I. features, but the only ones that will be used are those that are voluntarily provided by their owners. Also, I do not datamine the EVE client in any way.

It hasn’t been long since you launched the app, how popular is the app really?

I launched just over two weeks ago, and the response has been spectacular. It was the ISD article posted on the login screen that really kicked it off. Within the 16 days since launch, 508 accounts have been created, of which 440 were activated by email and 56 have an active subscription. Users have made 2212 searches and have viewed 3357 info sheets. 5702 previously unknown characters have been submitted by users via the credit-for-names system, along with hundreds of thousands more in character submissions via direct contact with me (large database dumps). So, I’d say it’s working out pretty well!

Youre taking in-game currency as payment for the service, does the revenue you make from the app make up for the expenses you have by running the site?

Hahaha, that’s a good one. I have 3 dedicated virtual servers, one for hosting the website and running the data-gathering tools, one for hosting the database, and one for running the 5 million API queries per day required to keep all the characters in the database up-to-date. That’s very, very expensive. But, even if I was making an insane amount of in-game revenue, other than the 2 PLEX per month I would save from not having to pay subscription for my 2 accounts, there would be no way to translate that in-game currency to RL currency for paying for servers anyways. Mostly I do it just for the love of coding.

How much revenue have you pulled in so far?

Can you explain some of the challenges you encountered while developing this app?

I think the largest one was figuring out where to get the data from, and how to keep it updated. I started development of E.C.I. about 5 months ago, when I started gathering data sources and building partnerships with other devs. Once I had collected enough of a basis to work with, about 1 million characters, I started working on the system to keep it updates. As we’re all well aware, CCP has a habit of blocking IP addresses that generate lots of API errors, and so I had to build a complex system for checking IDs in all sorts of ways to make sure they are valid before trying to pull data for them. I also had to figure out a way to do this 5 million times in a 24-hour period, in order to keep my ever-growing database of characters, corps, and alliances updated enough to be useful. But, in the end these difficulties were all overcome.

That depends on what kind of spying you’re talking about. If you’re just sending in an undercover alt to an enemy corp so you can steal their member list, then yes, that is now obsolete. However, players will always want to infiltrate corps either to learn about corp plans/operations, or to steal something. Listing the members of a corp was the original purpose of E.C.I., but as it develops I am finding myself moving more towards the goal of building a very powerful tool for recruiters. With the introduction of the upvote/downvote system, where characters can be rated on different attributes by E.C.I. users, recruiters can now see what other people (including previous employers) think of chars, and when kill stats are introduced they will be able to see if they really want that person in the corp, considering they lost 2 bil in ships last month.

With the feature of character flagging, do you expect to see a difference in how people play the game? You’d think that if people where consistantly stealing from their corporations, that they’d eventually end up being blacklisted and unable to get into corporations and continue unless they’d apply to corporations that wasn’t using your service?

That is the goal, yes. The tricky part of this if I let non-subscribing players flag (which I call voting now), then there’s no way to stop spam. If I only let subscribing players flag, then I can control spam but there is a very limited number of people who are contributing. So, I believe that once it reaches critical mass and people start seeing the benefits of it, it will take off. As a previous CEO and recruiter myself, I am well aware of how difficult it is to contact previous employers and get straight answers, so I think this will be a very useful system. The introduction of the comments feature will help this even further, and I am also in talks with the devs of some 3rd party apps designed specifically for background checking about integrating the services.

E.C.I. is extremely broad in where it gets its data from, and so I don’t see people changing their style so much that they’ll never get caught by the system. The real trick to it is that once your character name or ID has been captured, it’s there for good until the char is deleted. I see that people might be more careful about posting on the forums with their hidden alts or something, but I think most people will realize that the extra effort required to evade being found simply isn’t worth the effort. In terms of social dynamics, I forsee that there might be a drop in corp theft in the future 😛

Player gets temp ban for botting; CSM Member gets involved.