Blog Banter 35 fired up on april 12th 2012, but was delayed in summarization so I took a shot at it. This is the first BB summary I’ve done so feel free to come with suggestions or ideas for improvements.

The topic was Public Perception…

Now approaching its tenth year, the EVE Online player community has matured into an intricate and multi-faceted society viewed with envy by other game developers, but is frequently regarded with suspicion by the wider gaming community.

Is this perception deserved? Should “The Nation of EVE” be concerned by its public identity and if so how might that be improved? What influence will the integration of the DUST 514 community have on this culture in the future?

[Unrelated and random bonus question sponsored by EVE News 24: What single button would you recommend be included on an EVE-specific keyboard?]

This was Xanders (from Crossing Zebras) first Blog Banter and he was quick on the trigger too, but he did well. His thoughts portrayed the perception of EVE players as the elite of the gaming community but also added some few choice words about console gamers:

As someone who plays his fair share of Call of Duty on a PS3, let me tell you something with confidence – the average console FPSer is an infinitely bigger dick than the average EVE toon.

So it looks to be a fun experience letting new players in through the Dust514 scene that CCP set up for us.

The next one was Drackarn from Sand Cider and Spaceships. For some reason I read that as Spiders, which I absolutely hate. Not in the sense that I want to run away screaming, rather that I’d want to wear big boots and trample them to death. Nevermind, must have been the video that got to me. We’ve seen a few myths debunked, which makes it a must-read for players that are only considering EVE. Overall an excellent prioritizing of choice words.

The wider public perception of Eve is that it is a difficult game, requiring a lot of time, investment and sitting around doing nothing whilst legions of nasty people plot to kick over your sandcastle.

Isn’t that the case?

Kirith Kodachi from Inner Sanctum of the Ninveah took actual statements from actual non-players of EVE and talks about them. They are relevant, to the point and well done.

I think we should be concerned by the Eve community’s public image.

Its quite possible that some of that is on the community, but what do you think? Take a look at the blog as it goes deep.

Lukas Rox from Torchwood Archives claims he understands the banter topic. Interesting RP header excluded though, he compares some of the recent endeavours that EVE players have gotten themselves involved in, and changed the course of development as a result.

The relationship CCP and EVE players have forged overt the years have been a long and a bumpy ride, but it’s also quite unique in the gaming industry as such.

Emergent Patroller did a great job at comparing the kind of people that likely would look at EVE, compared to the traditional MMO genre in his blog here, while Urziel’s blog gives an excellent comparison that many emerging newbies may take to heart:

You can run around gleefully mining copper in Elwyn Forest or Mulgore all by yourself and never have to worry that some bad man will kill you and take your precious items. Eve is not an online single player game. The actions of others can and will affect you. So, get involved in the community and keep an ear open, if nothing else.

In Warp to Zero, Grimmash talks about the different layers and how they all intertwine with each other making up the vast community that is EVE. It talks about growing up as a seed that was incepted at CCP and that we should embrace the future as we’re inevitably progressing towards it day by day. Event by event.

Aggressive Logistics believes a “Disable Jita Local” button may be worthwhile to pursuit, and wants a newbie friendly story telling place to embrace how newbies percieve and experience New Eden. That may actually be a good idea.

Logan Fyerite of EVE Opportunist is concerned that the FPS genre community may pull the EVE community more in the direction that is arseholery, while actually being quite helpful of newcomers. We may be ruthless but as he shares one of his experiences:

“…as a noob I was killed by a pirate in lowsec, I convoed him, upset and he calmly text-walked me through what I was doing wrong and how to adjust my fit from terrible into just barely passable.”

Its one of the things that has made the EVE Community being awarded with ‘best MMO community’.

EVEhermit’s blog is likely the most level headed I’ve seen so far and possibly puts a perspective on that is relevant to the perception from outsiders. Im not going to say what its about here, because you need to read it yourself. The perspective is required reading.

While splatus considers the business model of EVE as a perfectly viable “long tail”, he also wants to get a d-scan in the bonus question slot here.

Myrhial from Diary of a Pod Pilot makes another popular WoW vs EVE comparison, highlighting the difference that is freedom:

It’s not some simulated or storyline stuff. It’s done by real people, who can be a ‘space villain’ if that’s what they want to be.

And as I slowly progress with each blog entry to the banter, I more and more marvel. At the talent. A the creativity of the involved people. Like one would possibly marvel at a snowflake outside the window whirling around in front of the window, maybe even drifting upwards. Defying gravity. Defying the perceived laws of physics while simply being affected by another factor, naked to the human eye.

Like layers and intertwining circles; squares and other odd shapes – the bloggers have their little circle that their ideas, life and background originate from. They all have different things that have broken them, hurt them. Caressed them back to life and elevated them to another kind of being. Like a mosaic of quirk beings making up the intricate dynamo that is the EVE Online community, only the entirety of the blog banter really presents the picture to you. So don’t just read one. 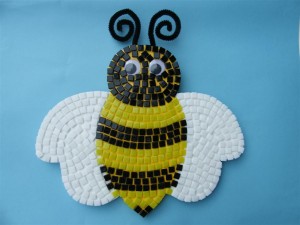 Go ahead and read the rest too. Reading is healthy, and you may actually get an opinion served to you, that you didn’t consider prior to. When done, thank the authors for taking thier time to be part of the community. They deserve to be read, not jolted down in 20 words or less.

Find the links on the Freebooted blog; Right here.