Why Do Gamers Support Crowd Funding?

[/NoImgStyle]When Shroud of the Avatar (SoTA) was announced and the Kickstarter campaign started, this was my first awareness that crowd funding existed. I had never heard of it. 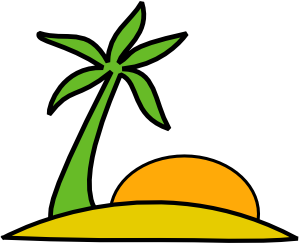 [/NoImgStyle]According to a Forbes article from May 8, 2013, I apparently have been living on an island. I wish I had known I was living on an island. It sure looks more like the desert from my window high above the Las Vegas strip. For those of you who have also been on your own islands, crowd funding is a way for individuals and companies to raise money for a project.  Private individuals who want to contribute go on a site like Kickstarter and donate money for the project. For instance, SoTA  created a Kickstarter account, then did a countdown on their own website to gain interest and announce the game. When the counter got to zero, the site directed people to go to SoTA‘s Kickstarter page and donate money to the project. In my research, I found that there is much more to crowd funding than helping to fund a game I happen to like. There’s crowd funding for everything under the sun – from start-up companies to kids trying to get enough to pay their college tuition. There is a whole lot of legalese that goes along with this new funding concept; but for the purpose of this article, I’m going to stick to crowd funding as it pertains to games.

Upon reading what Richard Garriott and his team were doing, I was on board. I threw in my $10 to get started the week SotA was announced. Since then, I have donated more here and there. I noted this week that over $1.9 million dollars was donated through the Kickstarter site and another $950,000+ since that time for a total of over $2.8 million.

My husband, who is a business analyst, commented that crowd funding is a brilliant idea (he had never heard of it either – apparently he has his own island since he is not on mine!).  His question got me to thinking. Why would people donate money towards the development of a game, with nothing monetary in return? I first asked myself that question. My reasons are simple: I want to be a beta tester and help in the development of a game from a game designer I am very passionate about. I’ve been following Richard Garriott since 1993 when I discovered Ultima 7 and therefore my life-long hobby of computer gaming. Just $10 will get you into Beta and support the game. Why donate more? And why have some people donated as much as $10,000?  What was their motivation?

I randomly surveyed a number of funders from the highly anticipated Shroud of the Avatar, asking them a series of questions about their contributions and some general questions to hopefully shed some light on this relatively new concept in game development. Asking the developers why they chose crowd funding seems to be fairly consistent: to do their own thing without a large corporation’s input. But is the answer as consistent for those donating money to the cause?

I wasn’t sure what to expect from the crowd funders of SoTA. I thought they might all be as old as I am since gamers in my age group remember the Ultima series. We tend to hold Richard Garriott as a symbol of our younger selves, a representative of hundreds, maybe thousands of hours of fun. I am delighted to see that many generations of gamers are helping fund SoTA. The average age of the funders I surveyed is 34. They are from all over the world and mostly men. Respondents represent a good portion of western cultures, a good portion (63%) from the USA.

Of those polled, 34% had donated only to SoTA; the rest had contributed between two games to 15 games.  Nearly half, 43% of the people surveyed donated $500 or more while 57% donated less than $500 (one person hasn’t donated yet but is thinking about it). When asked the reason they donated to SoTA, the answer was overwhelmingly support for Richard Garriott. Most responders mentioned him by name and that they loved his earlier projects and believed he and his team would deliver an amazing game with depth, quality and substance. One person sent me an interesting video of the Star Citizen developer Chris Roberts and I gained insight that people often will donate to a project simply because of the name attached to it.

Interestingly when asked why they donated to any game in general, the response was largely early access to Beta. Not one time did anyone say they donated to SoTA only to get into the Beta. It was mentioned a couple of times as one of many reasons but not singularly like it was in other games.

Almost all (94%) said that they thought crowd funding was a good way to get a game developed (no surprise there). However, the reasons why they thought it was a good way to get a game developed varied a great deal. From player input to gaining access to the developers to better quality games to getting SWAG and Beta access. I found these responses interesting considering the wording of my question specifically asked, “Do you think crowd funding is a good way to get games funded and if so why?”  Lots of people mentioned what they would get out of crowd funding (SWAG, Beta access) instead of why a developer should use crowd funding for game development. One person commented that crowd funded game projects could be good and bad, with the bad being that the funder might feel like they have ownership of the game and therefore think that they can demand that the game be developed the way they want.

One of the most interesting responses as to why he thought crowd funding was a good way to develop a game came from Jeff Post (licemeat):

“I almost prefer it. You usually get a bonus when you crowd source. It could be an extra 5 or 10 bucks off the retail price, something extra and exclusive in-game, maybe you get to play beta or maybe they put your name in the credits. It also makes it ‘survival of the fittest.’ If nobody thinks your game is any good then it will be weeded out because you’ll have no funding. If you have a good idea then you’ll get all that plant food you need for that seed and everyone will enjoy the fruit. You may not giant blockbuster games…but you’ll get a ton more good games.”

So what did I learn?  That not only middle-aged people support Richard Garriott and his vision. The world is not so large after all with hopeful players from all over the globe willing to donate money to a cause they may or may not get anything back from. There are as many reasons people will give money for a crowd funded project as there are people! Everyone has their own reasons – it did not center around one thing. There are 406 active Kickstarter campaigns for games right now. And that’s just one site!

As an aside, I’d like to thank the incredibly varied funders of SoTA and their willingness to participate in my crowd funding education. And an education it was. Now where did I put my island…