Welcome to Metro’s 25 man Heroic Healing guides for the Siege of Orgrimmar! It is important to understand that these guides are first aimed at helping healers understand their role, and then helping them maximize their play. Each will feature a general overview of the mechanics that matter to the healers, and conclude with a class-specific discussion. Let’s begin!

Not quite the healing masterpiece we have seen here, Heroic Boxes (as I like to refer to it) will put you to the test for other reason, almost entirely centered on the Mistweaver buff box.

I’ll assume you guys understand what this is, and know the importance of opening those boxes, but you likely didn’t realize just how over powered the buff can be! It’s known as the Staff of Resonating Waters, and buffs the player to shoot out a wave of water that heals anyone in splashes, but more important damages any mobs it comes in contact with! There is an 8 second internal cooldown on this proc, but when it hits, it delivers. The buff itself will have the healers doing well into 100k DPS ranges seen in the picture below. You’ll see an actual DPS shaman (without the DPS buff) doing barely 70k DPS less than myself and Vicario (two healers). More importantly, look at the uptime! If that hit every few seconds we would easily be doing more DPS than most actual damage specced players.

The next concern is the Spark that spawns with each box killed. This is a job for the DPS and you if you have the buff, but most importantly be aware if one is about to explode. With a CD timed well, you can easily recover and it’s not the end of the world. You can even plan on having some explode and simply healing through it, but I wouldn’t recommend that.

The only other thing to understand about the fight is the order the boxes are being open. I’ll add this information for the benefit of your raid and preface it by saying we tried the strategy accomplished by most of the first kills of it. The original strategy was to avoid the second large box and simply open everything else constantly, allowing the DPS requirement to be bent by using the buffs and AOE to a maximum. However, the current strategy we switched to is sooooo much easier to heal and deal with, so it’s simply on the DPS to get their jobs done.

On this fight, your role is very straightforward. No matter what strategy you employ, if you have the Mistweaver Staff buff, you are a golden god, carved from the image of Zeus. You will carry this encounter if you do what I say, so listen up.

With the buff active, keep as many incidental heals rolling as possible. It will proc from hots, so to maximize the 8 second ICD you need to make sure heals are rolling without casts. With that done, next step is pivoting the direction your character is facing. It’s important to realize that the buff is a frontal projection, and if you studied Geometry you will realize that it’s going to be very possible to hit every single target that can be hit if you are stood at the right location.

Learning positioning here is vital, and will be the difference from you doing 110k dps as I do, or 60k dps as others may. The first goal here is mastery over both your camera and your facing direction. Holding the right mouse button down and swinging the mouse around is the best way to obtain this. Using keys such as “A” and “D” is typically frowned on anyway, so you hopefully have mastered this long before this encounter. Regardless, using it allows you to quickly pivot from facing the boxes to facing the sparks.

The goal is simply to give yourself a position to hit the adds from boxes, the players in the raid, and the sparks with the same blast every 8 seconds. It won’t always be easy, but the more you attempt the encounter the easier you’ll find it and the more obvious the pattern will be. I CAN’T STRESS ENOUGH how important this is. It is your job to master this about anything else, and if you can execute it well, you will carve an EASY 30 seconds off the encounter.

The healing requirement is really quite paltry as well, but since we have an odd number of players, we choose to 5 heal, allowing the same amount of DPS on both sides. The Mogu box room is always in need of the extra DPS either way, so we opt to switch players in and out depending. Here is an example:

When both sides complete the first half, I switch from one Mantid side to the other and one strong DPS heads over from Mogu to Mogu. This gives us good coverage on Mantid side, which has a lot of constant damage happening, yet enough DPS to complete the trial.

Let’s break down our healing strategy for each side in order to further elucidate the task.

The main concern is the Massive Crate add known as the Ka’thik Demolisher. It will permeate raid-wide pulsing magic damage to everyone on the side it’s on, so it’s very important to have a good rotation of CDs for the duration of its existence. This will happen twice given the strategy we explored earlier, so make sure you know when and where to use what. For the first crate, I throw my 1-min hammer CD down on the group of melee and mobs to double dip, then use Devo after that fades. Our Resto Druid uses Tranquility towards the 50 percent mark on the mob. For the second one, I pop DG and Divine Hymn comes from our Holy Priest, after a Devo from our Ret Paladin.

Another big source of damage is the Gusting Bomb and the Windstorm mechanics. Both are unavoidable to some degree, especially as melee, so it’s important that the three healers here work hard to keep them alive through spikey times. The tornado from the Windstorm will inevitably pass through the group, and it follows a circular path, so moving out isn’t feasible, whereas the Gusting Bomb will shoot our towards the ranged DPS, leaving a trail of damage for the melee to be stood in until they react.

The mogu side is far more rudimentary and brute-force. The only concern provided the mechanics are handled properly are the adds from the Massive Crates. There are four options, but they each do one giant pulse of AOE magic damage, that is telegraphed wildly. To deal with this, simply use a CD one each one, and provided your DPS is adequate, there should only be 2 casts per mob, meaning 4 total, 5 if unlucky. One Devo, spirit link, tranq, smoke bomb, or AMZ is more than enough, and will trivialize the one mechanic that needs healing.

The only other concern would be the Torment debuff, which does a fixed amount of initial damage, and stacking shadow damage overtime. Just monitor the stacks, and make sure you don’t dispel immediately. A few seconds is all you need, and the less dispels the better honestly, furthering the case for 2 healing this room.

Holy Paladin: Freedom/BoP the slow on Mogu side to avoid a dispel. Keep Eternal Flame on as many targets as possible to ensure the buff proc every 8 seconds. Use Light’s Hammer to ensure maximum DPS double dipping! Bubble around 2 seconds left on “Set to Blow” and then run around and clear whatever other bombs are left – be sure to not be near people when doing so! 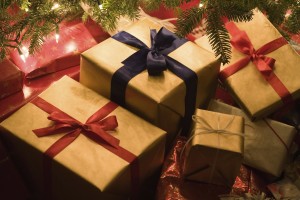 Approach Christmas as you would Spoils and you may find yourself having more fun!

Resto Shaman: Interrupt and Purge as much as humanly possible. Windwalk totem to remove all the slows on Mogu side. Spiritwalker’s Grace while running around dropping bombs to negate mechanic on Mantid side.

Resto Druid: Use Tranq preemptively on Mogu side to negate the explosion – prepare do not react!

Holy / Disp Priest: Lifegrip players returning from placing bombs. Use Divine Hymn or Barrier preemptively on Mogu side to negate mechanic – Don’t react, anticipate! Put feathers or Body/Soul on players opening boxes to make them even quicker to get between.

Misty Monk: Tough fight, as channeling snaps the character. Consider full-time fist weaving and double dip AOE cleave on to multiple adds. Massive downside to monks – either channel and cast at range and constantly snap away from where you need to face with buff, or be in melee and hit only half the targets.

Number 1 priority is mastering the use of the Mistweaver staff buff, all else is insignificant to amount of healing and damage a healer can put out with its proper use. Consider 5 healing, and switching the extra healer between sides so there are always 3 on Mantid. Be preemptive with CDs to make the one healing mechanic trivial.

How2: Combat Logging on the Beta – Six Simple Steps!