The Syndicate Celebrates 18 Years of Glory

Editor’s Note: This article contributed by Sean “Dragons” Stalzer, founder & Guildmaster of The Syndicate with edits for context.

Eighteen years ago, in February 1996, a community known as The Syndicate (www.LLTS.org) was formed.  In that era, dial-up modems were still used by many people to connect to the internet.  Speeds of 1200 baud were lightning fast.  Computers that we gamed on had a small fraction of the power of today’s systems, even less than a mobile device!  The colors you could display on your monitor, for most people, were limited to 256 different colors.  If you were one of the fortunate few, you may have had a 3DFX graphics card with a couple megabytes of RAM on it, which was the ‘king’ of graphics back in the day.

The Syndicate community was founded with the hope, belief and dream that players would want to come together as a team of friends – who wanted to stick together for years – and who would be able to work through the challenges that often tear communities apart.  Right from the beginning, the community faced big hurdles.  Initial recruiting practices were abysmal with an applicant merely needing an email address to join.  Sometimes they didn’t even need that because other guilds were just merged into The Syndicate.  Those were challenging times but as player expectations were low back in those days, they were able to weather that storm.  Now, 18 years later, members of this guild look back on those mistakes as opportunities they were fortunate to have, for it is what helped to shape The Syndicate into what it is today.

The Syndicate has watched as over 66-million other communities have risen and fallen during that same time.  They’ve weathered storms of criticism like there cannot be a “large” guild yet still be unified and friendly with one another.  They have overcome the challenges of seeing entire gaming universes, that players dedicated years of time to, get shut down and having to migrate communities of people to new worlds without falling apart.

While there are other successful, fun loving and friend focused communities in the online gaming space, The Syndicate is very proud of its unique achievements within the gaming and community space.

One of the more interesting things about this anniversary is that it is the harbinger of change in the MMORPG universe.  As The Syndicate moves into their 19th year as a guild, future recruitment sources do not lie just with friends and significant others of existing members, but also the children of members who are now turning 18 years old (which is a requirement to join the guild).  This new generation has a whole new set of expectations entering into our community.  They have only known MMORPGs similar to World of Warcraft, EverQuest, Ultima Online or Rift are heading off to college and are expressing their preferences, expectations and desires within the community based on their younger perspectives.

Why does that matter? It matters because the MMOs of the past 18 years were created, in large part, by a developers who knew the world of BBS gaming via a modem… who played MUDs and MOOs… who, in the more senior levels, knew gaming before there were computers.  We are just now reaching the point where the future programmers, designers and producers are heading off to college having never known a world without MMORPGS.  Some of the core mechanics and concepts that shaped what “success” is in the MMORPG world are things they have never experienced. This is not a bad thing; it just means there is change coming to the MMO space.

This new generation possesses a vision that grew up and evolved under a different set of circumstances than those that created UO; or that created The Syndicate for that matter.  The future of gaming and gaming communities is going to be evolving in the next few years.  What “success” means to a game – what a “successful community” means in terms of the services it offers to its members – are all changing and evolving even though the future influencers don’t even realize who they are yet or how their vision is and will change things. 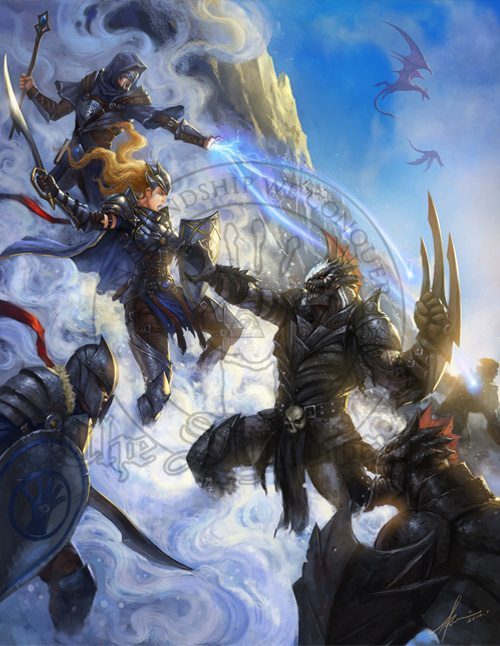 So while The Syndicate turning 18 years old may or may not be of interest to you, the idea that it is a harbinger of change coming to the MMO space is one we should all be watching eagerly over the next few years.  There is a growing chorus within the online community that there is too much rehashing of the same ideas, same mechanics, and same ways to ‘win’ a game.  Fresh ideas and the change they bring is an exciting thing to contemplate.  Some of those fresh ideas are coming from old veterans of the industry such as those developing EQ Next, Shroud of the Avatar and Star Citizen.  However, from here forward, an increasing number of the fresh ideas will come from players who never lived in a world where Wing Commander was a single player game and that was all anyone knew.  Where Utima-1 was a game where a “walk-through” was not a website you sent your buddy to, but a conversation over lunch to try to compare notes and share your experiences.  There are definitely some exciting times ahead as future developers start designing without many of the preconceived notions born of a time before MMOs.

Discuss This Article on Stratics Forums