As of April 14th, 2014 we have seen many things. We have seen the announcement of WoD Alpha along with a Sandbox connection patcher to allow players to host the game to stream and explore. After a few days of that, we saw the start of PAX East along with an unexpected announcement. For those attending and able to brave the lines to test the game, they would receive a WoD Beta key usable in upcoming testing sessions. At this point, we don’t know when that will be, what phase of testing it will be for, or how much content will even be available at that point. One thing we do know, is their timeline and considerations have been quite abnormal so far. Examine this information, as we learned in a recent interview from Celestalon and Zarhym.

So with all this in mind, let’s discuss where we actually are and what we should expect from the next few weeks and months. Based on what we saw in the Alpha Sandbox, there are some mixed bags to dig through. We saw well developed areas like Nagrand and even instances, but in the same light we saw not even half complete Tanaan Jungle. When we shift over to those actually able to participate in the Alpha testing during PAX, we learned that while most of the starter zones were fully functioning, half the mobs drop no loot or have no audio files associated with them. On top of this, major features like the in-game group finder and the toybox are not even implemented yet, despite being features that should enter the game before the expansion even deploys. This is worrying honestly, especially when we realize how few character models are complete, and see things like the “Arathi Snowbasin” and the “Heroes of Warcraft” battlegrounds. When I see things like this, it makes me realize that they have spent time, albiet little, on features that wont ever be used, yet have not worked on even an alpha-worthy toybox or group-finder feature! But just when all seemed darkest, we see what looks to be a completely finished Alliance Garrison selection of imagery. We learned that NPCs in Garrisons will react to your presence and recognize you and others as important people. We learned that they will move around you to not bump into you out of respect, and even share emotes if you initiate such contact. So where are we really? After all this, can we conclusively say? Hearing things like “been in alpha for quite a while” yet most of the main features set to launch with 6.0 not even in yet is very confusing. Regardless, we also hear things like “limited number of people invited” despite giving out potentially thousands of free beta keys for those at PAX? A lot of contradictions seems to be the mile marker for this WoD Alpha test, hell even the name is a contradiction. At first, the client was labeled Beta, now its back to Alpha, and they even said that we are further than most Alphas, yet still no news about Beta even after distributing all these keys! Only one thing can be certain in these trying times. When all seems murky and unrefined, WoWstratics has your back. When the landscape as we know it crumbles and reality falters, WoWstratics is there to put the pieces back together. During an era of impatience, we wait idly for WoD Beta (or Alpha or Gamma or whatever) and when we have it, so too shall you. Stay tuned for more and enjoy some screenshots telling this tale. 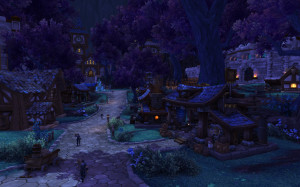 5.4.8 Legendary Catch Up + “The Future of Legendaries” Discussion?