This winter season begins the Wintertide event in Firefall, that I am calling a Wintertide Wonderland. Wintertide is a three week long event, that includes a variety of games, challenges, and gifts for every good boy and girl to enjoy… Okay naughty kids are allowed too. I will walk you through what to expect when you login this time of year.

The Season of Giving

Red 5 Studios will give you a Wintertide package to start you off right. Check your mail and you should get a package including Whack-An-Elf tickets, some snowballs, some logs, and gifts. These items will be useful for completing some of the achievements that will be discussed next.

To start the season right, try giving two of your best friends a present. Equip the gifts in one of your normal consumable slots (5-8) and use the item to deploy the gift. Have your friend smash the present with a scan hammer. The lucky recipient will get a random experience bonus. I guess you can give the gift to yourself, but that is kind of depressing isn’t it?

Father Wintertide had been bad this year. He stole a bunch of gifts from the bandits of the area, and unlike Robin Hood, I’m pretty sure he doesn’t intend to distribute them to the poor. He says that he lost his job at the North Pole due to the melding, but I’m pretty sure his new ‘profession’ is paying better. That’s alright because a mercenary like you can get a cut on that action.

Father Wintertide’s sleigh has crashed in New Eden and he will need your help. First, you need to help him recover all the sleigh parts that will be scattered around after the sleigh explodes. This is easy… Don’t mind the critters attacking you because Father Wintertide has a joy canon and machine gun to give you cover. Next, you’ve got to protect Father Wintertide’s gifts from being stolen but robbers. That are packing firepower and you might need a buddy or two to make it through this one. You’ve got to prevent the thief’s from leaving the Wintertide bubble (event zone) with 12-15 toys. If you fail, you’ll get a consolation prize of 2 tin stars. Don’t feel too bad about failing; after all, it wasn’t really Father Wintertide’s stuff anyway. If you succeed, you can expect 3 tin stars from the first round (collecting sleigh parts) and another 8 tin stars for protecting the gifts.

The Father Wintertide has several achievements that you can earn. The achievements don’t come with any special goodies, but you can give yourself a pat on the back!

Scattered throughout New Eden you will find semi-permanent snowball fight Wintertide domes. The objective is to knockout other players by pelting them with five snowballs. Whenever a player is hit, they accumulate an extra icicle on one of their appendages. There is an achievement for one knockout, three knockouts, and for five. If you get knocked out, your counter resets. Knocking someone out, combined with Father Wintertide, completes a daily Wintertide quest. Make sure to do your dailies because they are worth more than anything else. Each day alternates between consumable packs and large amounts of tin stars (70 to 160). If you get seven daily achievements, you get a Mr. Green pet, nine achievements gets you the ability to make a snow angel (oh yeah!). You can also go for the Savior and Champion titles at eleven and 21 days. The event lasts 21 days, so you’d have to do this every day to get the most out of the event.

Hanging with the Devs

The coolest part of my snowball fight experience was to see a Red 5 Studios developer (Jaguar) show up for the brawl. I had a buddy with me, so we tag teamed the guy for a bit. It was a lot of fun. After the fight we hung out for a bit. The Dev transformed into presents and the Headless Horseman, while I transformed into a snowman. We got some logs on the fire and it made for some cool pictures. Also, when the dev transforms into a gift you can smash him with your scan hammer! Did someone say achievement? 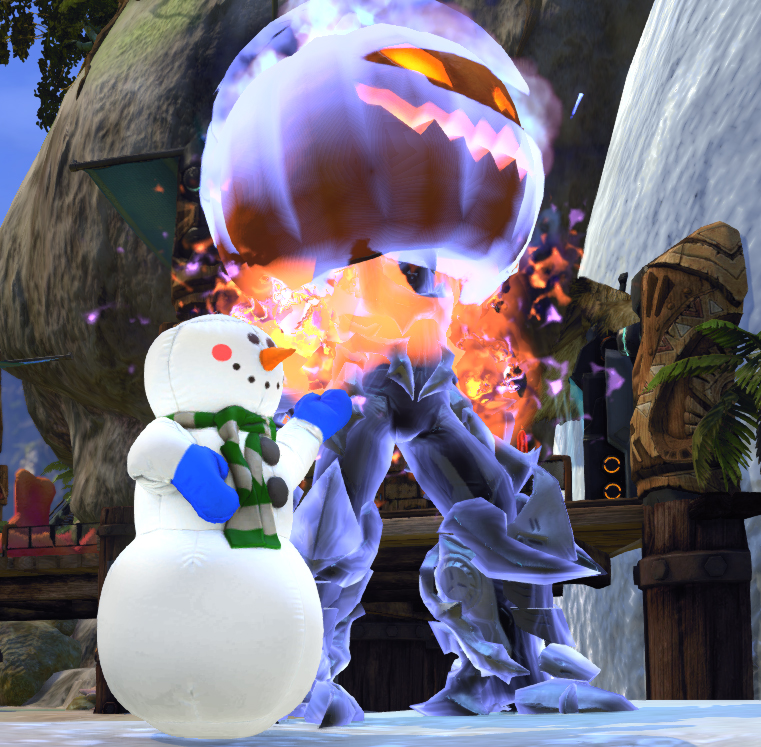 Proof that I was snowball fighting with a developer. What on earth is the headless horseman doing at Wintertide? 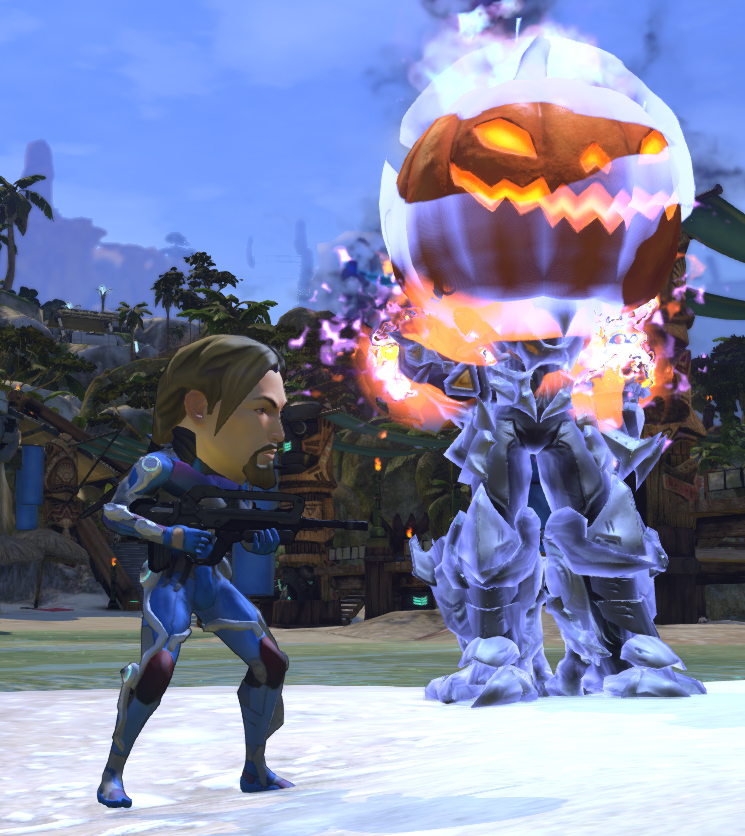 This developer had an area effect which transformed me into a bobble head.

My personal favorite Wintertide game is Whack-An-Elf. Imagine the old school arcade games where you win tokens for bopping groundhogs on the head, but instead you get to smash elves with a thumper hammer! They deserve it for the disgusting dance they are doing. The goal is to smash the maximum number of elves within the time limit. Watch out for purple elves because they are worth double. This event can have fairly high experience and tin star payout (roughly 20 stars per round). However, the Whack-An-Elf game costs 120 tin stars to buy from the holiday vendor, so you will not net positive by playing. There is an achievement for playing it five times and 25 times. 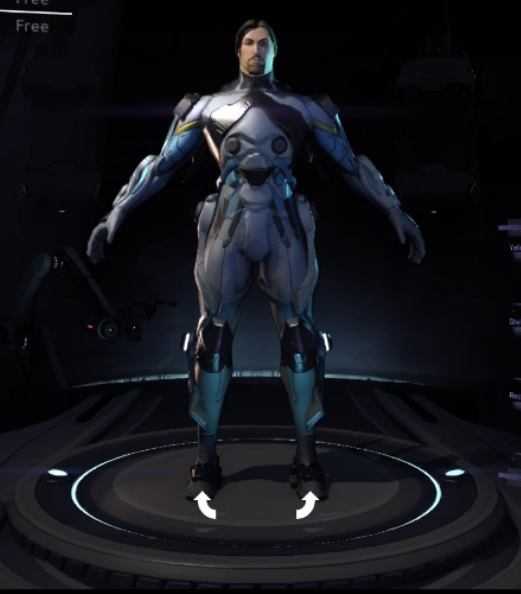