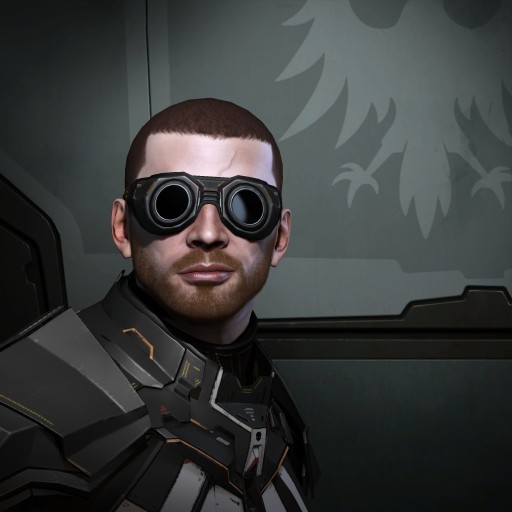 There are very few people who don’t recognize the name of Kirith Kodachi.  Kirith has been a blogger for over six years, covering both Warhammer Online and Eve Online in those times.  His ship lore stories and Eve commentary at the Eve Tribune gardnered  him much attention in the Blogosphere along with his natural style and approachableness.  I have had the priviledge of working with him as we are both XOs in the M3 Corporation.  Since he was sponsering another major Eve Event, I decided that it would be a great addition to interview him about his “Bring Me the Head of Kirith Kodachi” Event, and what he is hoping to expect.  Btw, for those who haven’t heard of Kirith Kodachi, check out his blog and podcast here: www.ninveah.com and if you have some spare time, look at Project Athena for some historical ship lore.

Good Afternoon Kirith and thanks for letting me ask you some questions regarding your “Bring Me The Head of Kirith Kodachi II” Event.  First off, for our new readers, who is Kirith Kodachi and why is his blog and podcast, which has been a staple of the Eve Community for years, so popular?

I started Eve in Sept 2006 and spent the next couple years being a noob. I had been blogging before that about gaming and as I became addicted to Eve my blog naturally reflected that and became more and more about Eve as well. Back in 2006-2007 there was not very many Eve blogs so we sort of banded together in a Blog Pack led by Crazy Kinux and things took off from there. My podcast started last year as an experiment for me to work on my public speaking and just to reach more people.
I think my blog is popular because I can write fairly well and I cover a lot of topics about Eve, from guides to fiction to humourous posts to screenshots. And I don’t subscribe to trolling or being a Bitter Old Vet.

When did you realize that you had become quite popular in the Eve Community?  Was it a slow realization, or was their some event that was like POW!, you’re famous?

I wouldn’t say I’m famous, more like recognizable. It really came to me that I was more than just another name in local when people started recognizing me passing through space and saying hi, or evemailing me about liking the blog. One time we were in a small gang and passed a fleet from Eve Uni and I got a bunch of shout outs in local, and that’s when I felt e-famous.

This is the second time you have held this event this year, can I ask what prompted you to do this in the first place?

My blog was 6 years old in February and I was approaching 2000 posts so I wanted to do something exciting. This idea of being hunted by people for prizes rattled around in my brain for the previous year and I had extra ISK so that I decided to go for it, celebrate in a big style.

About how many people showed up, and was it more or less than you expected?  And did it turn out the way you wanted?

Local was over 250 during the mid point of the event, and it was a lot more than I expected as I figured I would be lucky to hit 100. As for turning out how I expected, I really didn’t have a good feel for what was going to happen. Was no one going to show up, or was I going to be hotdropped by a null sec alliance? In the end the composition of ships that showed up was perfect (mostly subcaps with one other carrier) but was a little too heavy on the defending side, which was a pleasant surprise. In the end I had to ask my erstwhile defenders to turn their guns on me so I could award prizes.

It was a blast. There were a few people that complained that Noir Mercenaries, half of the defenders, were “blobbing” but I think 17 drakes and some logi and focused fire by a competent FC hardly counts as blobbing. And even away from the battle people were having a blast fighting each other.

So, why a carrier?  After all those ships are rather expensive.. 600 mil just for an unfitted hull, and upwards close to a billion isk when its all setup with fighters and drones.

I wanted something that could not be popped really fast (ignoring a titan doomsday) and could still fight back in some capacity. Yeah, it was expensive, but it brought people out more I think.

As the second event, I imagine you saw some things that you wanted to change up this time around.  What things are you doing different?

For one thing, I’m inviting Noir back as attackers instead of defenders. And I’m using a system in contiguous low sec instead of a low sec pocket so more pirates can make it.

Is this a one man show or do you have help when setting these things up?

Have you set a date and a location for the event?

Yes, the next event is Aug 21 at 9 PM Eastern Standard Time (Aug 22 @ 0100 Eve Time) and is in a system in Placid region’s low sec. The exact system will be announced a week before and the location in space will be revealed when the event starts (The location has been given out at this time as the Pelille).

I also heard that this event will have prizes like the first one, so what are possible rewards for those wanting to get a piece of Kirith Kodachi’s head?

Currently we have:
Final Blow on Chimera: Blood Raiders Ashimmu cruiser
Most Damage on Chimera: Sansha Succubus frigate
Podmail: Imperial Navy Slicer
Final blow on most valuable kill (besides the carrier) during the event – any T3 Strategic Cruiser with 5 Subsystems of you choice, donated by Lone Star Explorations
Pilot on most killmails during the event – Navy Vexor donated by Planetary Genocide
And there may be more donations coming, and I will update this post as they come in: http://www.ninveah.com/2011/07/bring-me-head-of-kirith-kodachi-ii.html

TGN Stratics has also gotten in on the action and has sponsered a prize for the event as well.  A brand new Fleet Issue Stabber will be given to the Tech 1 cruiser (non-faction) pilot who does the most damage on the sacrificial carrier.  If you want to have a good time, make every effort to be there as Kirith tries to defend himself (or you could defend him too) and see if you can gain one of the prizes!

Mac Client Update On Its Way