Human dynamics and botting in EVE

Seems to be on everyones lips these days.

Traditionally, in MMO’s there has allways been percieved reasons as to why people bot and actual reasons. While some may correlate it doesn’t mean that they allways do. Usually its a case of the developed mechanics simply being too boring or too risk free to not do. Sometimes its simply a case of there being a market for RMT’ing and buyers to support that market.

In EVE, the regular botting occurs pretty much only in nullsec or highsec. And its usually comprised of the same 2 activities – Asteroid Mining and Ratting. In short; the resource acquisition minigame. 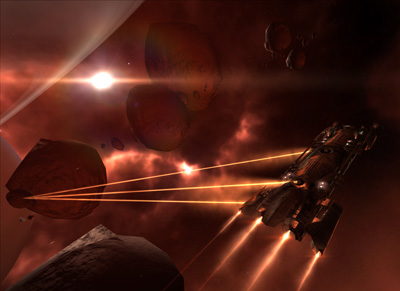 Im in your belt, eating your 'roids

From what I’ve seen so far, no 3rd party tools are used to make PVP players get an easy head start in combat. You simply don’t see the same botting occur in PVP as you do in other MMO’s – like WoW or Star Wars Galaxies where you can easily have a string of alts follow you around and pounce on everything that gets in range resulting in an instakill. Multiboxing, sure but not quite to the same extent and due to the nature of PVP in EVE, its mostly a case of helping carrierkills take place rather than forming up a small gang comprised of alts and hitting low-sec to pwn face.

The 3rd party software that helps accomplish botting in EVE is usually based on the cumbersome, boring or outright mindnumbing tasks; Mining and Ratting – Im looking at you!

Sources indicate that the 3rd party software also looks at any neutral parties in surrounding systems to avoid getting reported and will result in a “dockup”.
That is simply clever programming right there, and of course players have figured this out a long time ago.

So, for the purpose of gaining ISK’ies, you pay for an account (or several) and do the botting on these accounts. Then you go and have fun on your “main”. if they eventually do get reported, thats not a problem because you’ll just sell off the character and use another one you trained up in the meantime.

Is there a counter for these activities? Sure.

Enter the AFK cloaker (AFK = Away from Keyboard). This disrupts the 3rd party software for the duration that the cloaker is in the system where botting occurs. For the price of one account, you disrupt botting activities for all accounts in system. Potentially an easy 2:1 deal on your botting opponents. If you want to disrupt their logistics – that right there is an excellent way of doing it.

As far as upholding ISK gain or resource gain goes though, its a fickle balance where players that are actually at the keyboard find themselves frustrated that they may or may not be observed and can be attacked at any time. There can be risk involved, which is the purpose of the nullsec regions. Its war, short and sweet. Personally I understand the ATK (At the keyboard) players, it must feel like seeing a voyuer that is gawking at you through your window but with no phone to call the five-oh to get him dealt with. Involuntary pervs because you gotta get to bed at some point, right? But outside of the psychological pressure, its just what makes nullsec different. If you feel safe in null, something is fundamentally wrong with the system and if you feel that you are entitled to some sense of security, you need to revisit your perception of null.

Understanding does not equal sympathy. If you want to rat in safety, go to high-sec.

During the last year, CCP has remained somewhat vigilant in upholding the standards of the game and have dealt with botters on a fairly consistent basis. We’ve seen a few good initiatives come out recently as well. Player community want more developer time to deal with the issue – CCP has other tasks that are priorizited higher (Wis?), sometimes the two meet and some problems are solved but its not something that happens on a weekly basis.

So where are we right now?

Well, players have slowly started to police their own or neighboring territories resulting in a slight increase in outcries towards “teh evul afk-cloakers” that are AFK, but all of a sudden pounces their billion isk ratting ships … in null-sec.

So, botting still occurs. But why? And do we need to rely on players to police the system?

Some say resources to gain the upper hand, other say because its mindnumbingly boring. Some can be dealt with by the player community but we need CCP to deal with the boring mechanics of resource acquisition to encourage ATK play.

We wanted to get in touch with botters to hear their side of the story, but unfortunately we were unable to gather any feedback from actual botters although one very amusing story of RL botting did float to the top in that thread and we may return to investigate further at some point. Not really surprising that noone wanted to come out to play even though we did in fact set up posibilities to get in touch with us anonamously.

So we had to move on with the limited knowledge available, which may skew the rest of the article. My apologies.

To adress the resource aquisition minigame there are different ways of dealing with that. Gas harvesting can be fairly interesting in terms of the gathering process, ore harvesting is just bleh though while  being fairly risk free in high-sec and in pockets of null. Then we have Moon Mining and Planetary Interaction which both operates from the principle of automated acquisition.

If a solution could be presented to deal with the boring nature of belt mining, it would propably be to somehow automate that process from a developer initiative. It wouldn’t get rid of all botters, but it could be a step in the right direction. As noted earlier, there are allready two functional systems that has automated the process of resource acquisition. Perhaps its simply time to take steps to introduce automated processes into at least one more field as well.

W-space has a heavy weight of very much being ATK for the players that dwell in these systems, so there isn’t much botting occuring in those regions of space as the risk is simply too high. No local means no warning is given to the bot. As a result, they can be pounced on by random players in Stealth Bombers fairly often so the risk vs reward factor is very low.

Low-sec simply has a risk vs reward factor that is too high, so that is easily out of the question and Hulkageddon has a tendency to target ATK’ers rather than fields of botters. 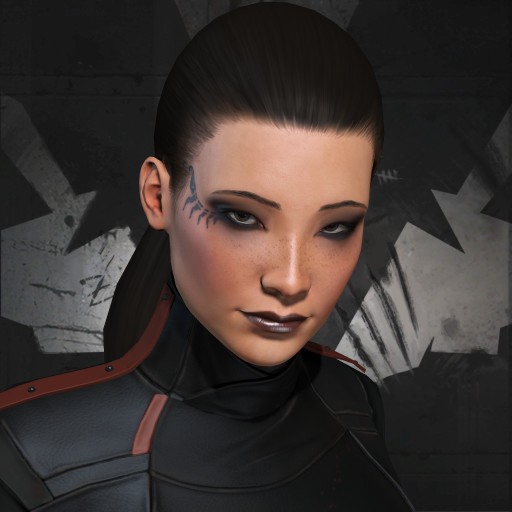 Perhaps if some kind of ore harvesting module could be developed for POS’s in low-sec (not unlike moon mining) it would give reason for more activity in that region, more wardecs and more pvp. Of course the output would have to match the risk but it would provide people with more of a reason to visit and harvest low-sec as well as running wardecs as a different form of territorial control to enable POS-bashes and prying away the resource acquisition modules from the cold dead hands of carebears/wannabe nullsec dwellers.

Then there is the removal of local in null as another step towards ending botting, or at least how the software is developed now. With no local (ie. how the mechanic is in W-space where you won’t show up on local unless you say something), there would be no prior warning for the botter and no way to prevent the pouncing of bot fleets from other players. Could “removing local” be an end to botting as we know it?

The fact is that we have players that enjoy bringing balance to the game, being vigilantes. For these players its a way of playing EVE, blowing up botters brings enjoyment. Other players have other values that bring enjoyment to them. Do we need to remove their way of playing the game or enhance it?

What do you think?