Based largely on information from players in Goonswarm as well as Internal Metrics, CCP Developers closed a loophole in the Faction War System that allowed players to manipulate item cost, and based on that – reward themselves with an unintended amount of Faction Warfare Loyalty Points to be used in the Loyalty Point store.

Faction Warfare Loyalty Points were rewarded largely based on the cost of destroyed assets. By artificially increasing the cost of specific items and filling Freighters with these items to be destroyed in Faction Warfare systems, the cost of the items would stack up against the system. Since assets destroyed in flight has chance to drop as loot, the players would then pick up the remaining goods and iterate on that process untill all goods were destroyed; destroying the same overprized items again and again untill gone. 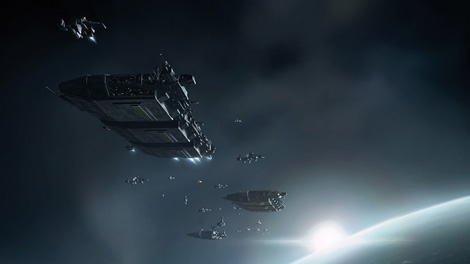 Market manipulation is possible in EVE Online because buy and sell orders are based on Player Interactions. By chosing to place buy orders and fill those buy orders in systems that are poorly populated, the players involved could trade items to their own alts, thus gaming the system into believing that the average price of the traded goods were in fact legit. Since the cost of items were based on a script run by CCP, it was just a matter of time before these very specific items were updated to having an exuberant cost.

While the exploit has been fixed, it was based on destroying assets and CCP developers are rolling back profit provided by the system.

Exploiting is against the EULA and players that were involved, while actually also providing information to CCP Developers are likely to have bans incurred on them because of the nature of the game rules.

The size of the exploit were said to increase wallets for involved players in the size of several years worth of gametime, amounting to thousands of Dollars. But noone has been accused of anything yet and due to the impending investigation, we’re still awaiting the final verdict.