On Thursday January 23rd, around 1 EST the Warlords Hopefuls gained yet ANOTHER teaser into the upcoming expansion and its features. This time, we received a look at the Human Female model, and how she has transformed from a bland creature into a stunning, defined woman that rivals those seen in any game today.

Even the bangle in her hair is high quality!

Along with this announcement, we received a wonderful piece from Chris Robinson (AKA A-Four killa), the Senior Art Designer on World of Warcraft. In the article (found here: http://us.battle.net/wow/en/blog/12426480/artcraft-a-first-look-1-23-2014) he describes the ever-evolving world of art that must go into a game such as WoW, and how they are constantly striving to out-do their previous work. This is especially noticeable in the Human Female Model, but likely in all of the upcoming ones to be added with the expansion.

He goes on to explain exactly what it takes to turn the previous model into this one, and how they increased the Polygon count from 1000 to near 5000, or how they plan to retouch every single animation with every model, equaling around 3500 separate animations! I find this information particularly interesting, as not only do we learn more about the work put into it, but it really helps dispel any myth that this is simply “reusing”previous models or content, or that this isn’t worthy of an expansion-centered creation. 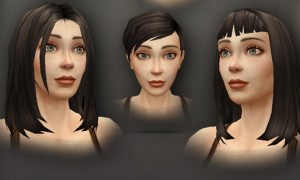 With both the images used, and the post describing them, I can say without missing a breath that she is utterly beautiful. The second I saw the image, my mind was racing, knowing that a depiction of a human is very integral to the baseline mentality of the game’s art design. Its often the human model that the gear and outfits are structured around as well, so to see such a toned and developed model so early in the process really gives me hope for the future. Examine the muscle definition and the subtle inflection on her face! That’s before emotes and expressions! Ugg and those eyes, so wondrous and inviting! Try not to fall in love my friends… I am already half way there. <333

Hopefully after seeing just how detailed these images are, we now understand that WoD will not be anything short of spectacular, and things will only continue to improve both graphically and on a design level.

Here’s wishful for a beta before February! 😀

See the Art of Chris here: http://chrisgrobinson.tumblr.com/
Follow the Story here: http://www.mmo-champion.com/content/3717-Artcraft-A-First-Look-New-Human-Female-Character-Model
Sub to AGTV for full coverage of the beta when released: http://www.youtube.com/acegamestv

Druid Forms In Warlords of Draenor