Blizzard released a blog post on Warlords of Draenor, although nothing to new or huge is talked about, there are still a few interested parts more specifically the changes to CC in WoD.

A few of the key notes are.

It wasn’t quiet what we had hoped for but it is a sign that the WoD information will begin to pour in so keep an eye out for more updates!

Development on World of Warcraft: Warlords of Draenor is progressing well, and we’ll soon be ready to enter the first phases of public testing. To help prep you for battle, let’s break down some of the upcoming changes we’re making to stats, abilities, and crowd control for the expansion.

Character progression is one of the hallmarks of any role-playing game, and naturally that means we’re always adding more power for players to acquire. After multiple expansions and content updates, we’ve reached a point where the numbers for health, damage, and other stats are so big they’re no longer easy for players to grasp. What’s more, a lot of power granularity is tied up in tiers of older content, from Molten Core to Dragon Soul—and while it was once necessary for your character’s power to spike up suddenly when you hit level 70, that’s not the case anymore. 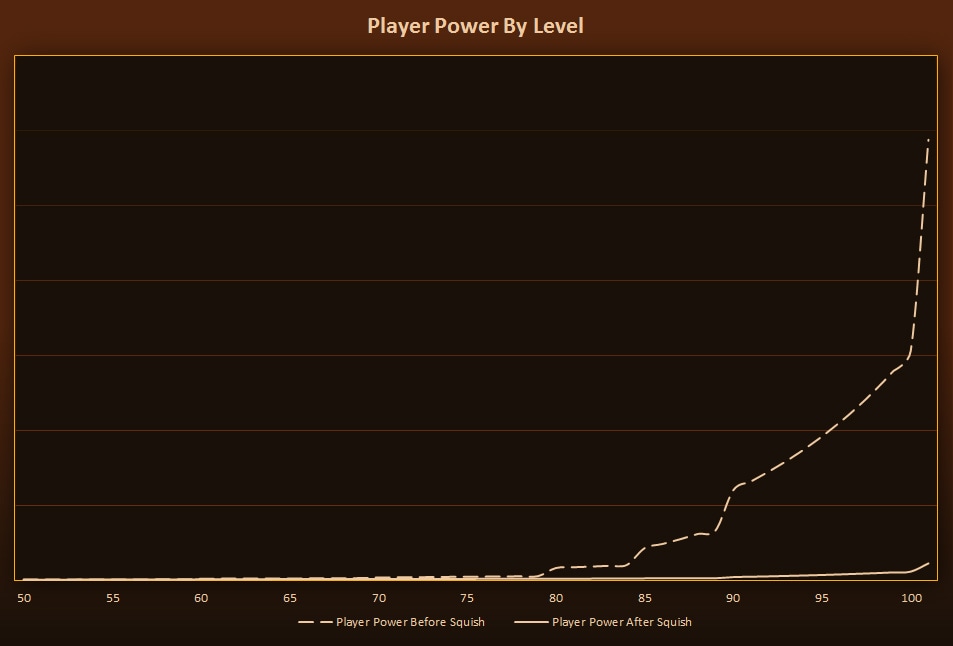 In order to bring things down to a more understandable level, we’ll be reducing the scale of stats throughout the game and smoothing out those obsolete spikes, so that power scales linearly through questing content from levels 1 to 85. This applies to creatures, spells, abilities, consumables, gear . . . everything. And while that means your numbers for stats and damage are being reduced by a huge amount, the same goes for creatures’ health and damage output. For example, a Fireball that previously hit a creature for 450,000 out of his 3,000,000 health (15% of its health) may now hit that same creature for 30,000 out of its 200,000 health (still 15% of its health). 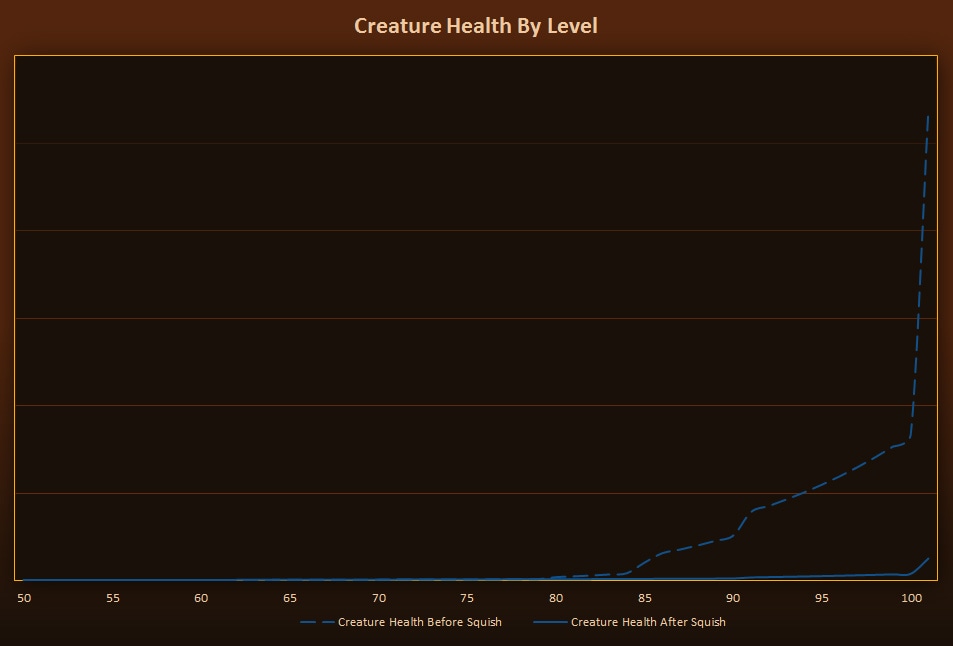 It’s important to understand that this isn’t a nerf—in effect, you’ll still be just as powerful, but the numbers that you see will be easier to comprehend. This also won’t reduce your ability to solo old content. In fact, to provide some additional peace of mind, we’re implementing further scaling of your power against lower-level targets so that earlier content will be even more accessible than it is now.

We’re also removing all base damage on player spells and abilities and adjusting attack power or spell power scaling as needed, making it so that all specializations will scale at the same rate.

We want races to have fun and interesting perks, but if some of those traits are too powerful, players may feel compelled to play a specific race even if it’s not really the one they want to play. For example, Trolls’ Berserking ability was extremely powerful, and their Beast Slaying passive was either completely irrelevant or tremendously powerful, based on the situation, compared to other racial traits. On the other end of the spectrum, many races had few or no performance-affecting perks. On top of that, a number of racials that currently grant Hit or Expertise will soon need replacing, since those stats are being removed in Warlords of Draenor.

To keep racials more in line with one another, we’ve decided to bring down the couple high outliers, then establish a fair baseline and bring everyone else up to that. We’re accomplishing this by improving old passives, replacing obsolete ones, and adding a few new ones where necessary. Ultimately, our goal is to achieve much better parity among races.

Over the years, we’ve added significantly more new spells and abilities than we’ve removed, and the game’s complexity has steadily increased. We’re to the point now where players are starting to get overwhelmed, sometimes feeling like they need dozens of keybinds (in a few extreme cases, over a hundred). While the game is loaded with niche abilities that could theoretically be useful in some rare scenario, in reality, many of these are barely used at all—and in some cases, the game would simply be better off without them.

For Warlords of Draenor, we decided that we needed to pare down the number of abilities available to each class and spec in order to remove some of that unnecessary complexity. That means restricting some abilities to certain specs that really need them instead of being class-wide, and outright removing some other abilities. It also includes removing some Spellbook clutter, such as passives that we can merged with other passives or base abilities.

This doesn’t mean that we want to reduce the depth of gameplay or dumb things down. We still want players to face interesting decisions during combat, and we still want skill to matter . . . but we can achieve that without the needless complexity in the game now, and we can remove some of the game’s more convoluted mechanics while maintaining depth and skill variety.

One type of ability that we focused on removing is temporary power buffs (aka “cooldowns”). Removing these also helps achieve one of our other goals, which is to reduce the amount of cooldown stacking in the game. In cases where a class or spec has multiple cooldowns that typically end up getting used together (often in a single macro), we merged them, or removed some of them entirely.

The process of determining which spells and abilities to cut or change is a very complex one—we know that every ability feels vital to someone, and we don’t take this process lightly. Even if we ended up cutting your favorite ability, we hope you’ll understand why we did so in the context of our larger goals for the expansion. Ultimately, the point of these changes is to increase players’ ability to understand the game, not to reduce gameplay depth.

One other big takeaway from Mists of Pandaria is that there is currently simply too much crowd control (CC) in the game, especially when it comes to PvP. To address that, we knew that we needed an across-the-board disarmament. Here’s a summary of the player-cast CC changes:

Whether your favorite class is losing an ability or taking a hit to its CC potential, we hope this discussion helped you better understand why we’re making these changes. It’s important to remember that other classes will be getting some of their CC removed too. We think this entire package will make exploring Azeroth and PvPing a more enjoyable experience for everyone, and we’re looking forward to having you try them out when we open up the expansion for testing.

In the next Dev Watercooler, we’ll explore the changes coming to health and healing in Warlords of Draenor.