5.4.8 Legendary Catch Up + “The Future of Legendaries” Discussion?

Five point four point eight. Side by side with the gear upgrades, this change to the Legendary quest line appears  incredibly small in scope, but there are essentially two other changes we can look forward to, which should actually make a world of difference when helping alts get the legendary components.

As it stands now, there will be a buff known as “Heart of the Valorous” that helps you earn valor 2x faster, earning 2 points for every one previously. Now we can make an assumption (and it may

Heart-Shaped Box of the Valorous?

not be accurate) that this will only help you collect valor faster each week, not double your cap. Extending the cap seems a bit game-breaking, so it’s likely that it just works like the Valor buff for alts, which I would imagine would stack with this and make capping a joke. I can easily forsee two heroic scenarios giving the entire cap or turning in 3k timeless coins giving you 4oo valor!

The second buff we appear to receive is known as the “Gaze of the Black Prince.” This one is even more useful, first increasing all Prince rep gains by 100 percent, and also increasing drop rate of all the collectables including Sigil of Wisdom, Sigil of Power, Secrets of the Empire, and Titan Runestones. Its actual wording makes me think that just every boss that could drop one, will do so near 100 percent of the time. This is pretty useful, but the buff has already been dropped, so I would have rather seen a chance at 2 from some, to counter act the hard math involved with these collections. Either way, a boon.

Unfortunately, after exploring the PTR as of May 9th, 2014, there does not appear to be any hint of this or how it works, even when on the Valor and collection parts on my characters. It’s likely that you will simply receive the buff overhead, just like the cross account valor buff when capped, but only time will tell.

Another complication I foresee with this is people simply keeping the Valor portion to remain cap-capable for subsequent weeks, but then I immediately realize anyone who cares this much about valor maximization already has the Cloak completed, so I’d imagine we won’t run into too many meta-gamers for this.

The Future of Legendaries –

So now that we likely have our final alteration to the Legendary line of Mists of Pandaria, it’s time to think a bit about the future. Not over think it, just think a little bit. I plan to do a g2ez on the entire line and its concept… that’s when we will over think it, ok? Just pay attention for now.

Anyway, ya. So what do we think about this whole concept? In terms of fluidity, I would say it was quite well paced. The ToT components took quite some time, and REALLY dragged on for a few of our raiders, so that would be my only complaint. They need to make it easier to regulate so some people aren’t done week X and others aren’t still working on it week X+10. Regardless, some luck is important, especially when considering everyone has access to it.

On that topic, do we like this? Do we like that literally everyone in the video game can get this cloak without any real trepidation? No real raiding is even required!

Well, I for one am a HUGE fan. I’ll explain why some day, when I make the full article on this topic, but in brief I will say how much more comfortable it was this expansion without having to make those hard decisions.

Explore this with me, and you will understand its merit, even if you don’t find this to be your position as well.

As a guild leader of a 25 man heroic raiding guild in Cataclysm we had two sets of Legendaries to create for the group. In Firelands we had a rocky tier, but our select few casters seemed to be our staple. We were able to give out three staffs during actually progression, but went back and finished 2 more throughout DS. The three went to a
Shadow Priest, the Guild Master at the time.
a Warlock, a raider since Cataclysm’s launch, and active player in the guild.
and a Bombkin, a raider since ICC, one of our best DPS, but a quiet player who wouldn’t interact much unless forced to.

Now, take a guess how many of those players went into Dragon Soul Heroic with us. Pounds, Tons, Ounces? It doesn’t matter, the answer is the same. 😉

Zero. All three of them were gone, and for different reasons. The Shadow Priest and then-current GM had to take care of some IRL issues and had to quit raiding. The other two had apparently been greased an offer with a more attractive guild recruiting only casters and rogues to stack legendaries, and took the bait.

So now, walking into DS you see the pressure we were under. That incident will haunt me forever, honestly. Even in ICC when we had clear choices for Shadowmorne, our first choice broke his hand a few weeks after getting it!

These are the things that really make the old system absolutely suck. People get big-headed when they are granted something like this, and it’s not always an easy choice. It often leaves many other people really upset that they weren’t chosen, or even causes people to leave the guild.

Its all petty nonsense, and I hope to never ever see it again.

Now, for the future of Legendaries, what do we think? After hearing that story, hopefully you agree with me when I say that it has to stay the way it is. Regardless of personal interests, I think this is unavoidable. Once you open a can of worms like this, its impossible to go back to the old model and keep players happy. BUT

I think there is an inherent compromise that they missed a huge opportunity on for MoP, and they will most certainly capitalize on with WoD. Even the Perisian Torpedo Ion admitted that the final tier was a bit silly in that entire rosters had a 608 legendary cloak before walking in the door of SoO. 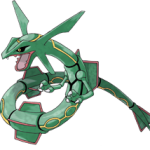 What SHOULD have happened is all the parts up until SoO should have remained personal, but to get the final cloak affix, it should have then gone on distribution basis. To keep in the spirit of things, I would settle for there being enough from 1-2 weeks of a full clear to give a player the full upgrade, thus allowing all 25-30 people in the guild a chance to get it after only a few months.

Either way, it needed to happen and it didn’t. I can’t see how they can do anything but this, knowing what they know about how SoO was inherently nerfed before it even launched.

I would be in full support of something like this, because early on, everyone can get it. Then, when it really matters, the choice can be made, but in the long run everyone still gets what they want.