There are many places in wow that people come across by accident or a guildmate told them that there is a cool reference or a place somewhere in the world. I have gathered five of my favorite places that I came across by accident while roaming the wilds or walking around the cities.

We all know that goblins are a greedy money hungry bunch of green things. But just how greedy is not known, well, there is a place in Stranglethorne, that was uncovered when the Cataclysm hit. You have all seen the huge statue outside of Booty Bay, the Goblin one, you can´t really miss it. Next time you area round there with your trusty mount, flying one that is, go to the statue and look inside. There is something shiny in there.

In the peaceful city of Dalaran, there is a place where men and women like to go duke it out, where the guards don´t bother them and they can duel in peace. The sewers, home of the PVP players, well, at least it was a while back. But none the less, it’s also a home of many other creatures, mainly rats, cause yaknow, sewers, but there is a one particular rat that is accompanied by 4 tiny turtles. This is of course a reference to the Teenage Mutant Ninja Turtles and their master Splinter.

In the Deep Run Tram that goes from Stormwind to Ironforge. There is a nice little easter egg waiting in the waters, when you pass it. It´s not always there, so the best way to find it is, to leg it down the pipeline and look for it. In the deep waters you can see an NPC called Nessie, a nice reference to the Loch Ness Monster and as we all know, all dwarves are of Scottish heritage so a nice tribute to Scotland as well. 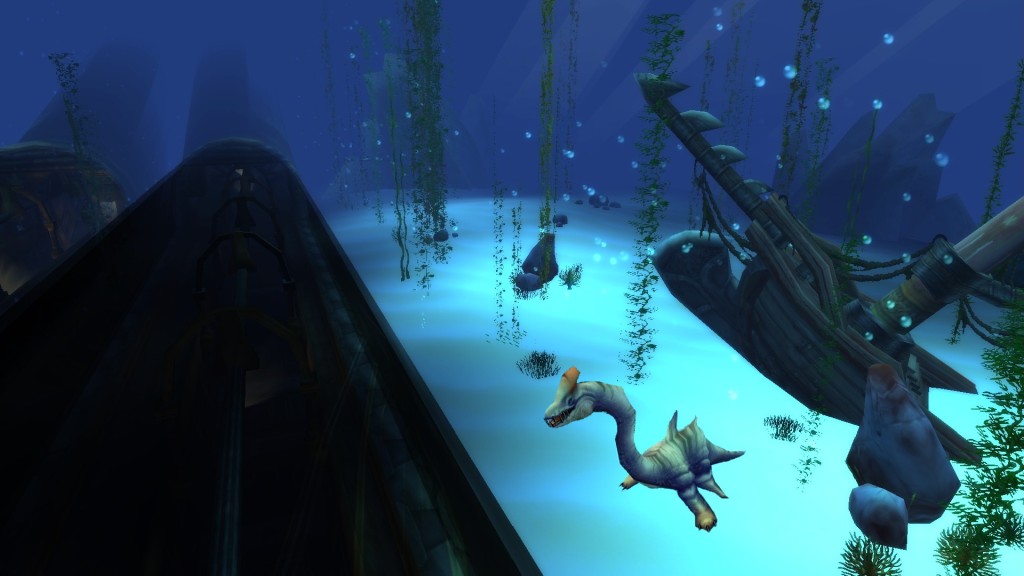 You have seen the movies or at least one of them, a guy named Jason with an old school hockey mask and a big huge knife, stalks his victims around Crystal Lake and kills them with many gruesome ways. The series started in 1980 so it´s classic American horror. And in true Blizzard fashion, they have made a reference to the series and its main character Jason. In Crystal Lake, behind the Lions Bride Inn, you can find an NPC called Jason. Sadly, he has no hockey mask, or huge knife, but none the less, it’s a great tribute to this legendary franchise. 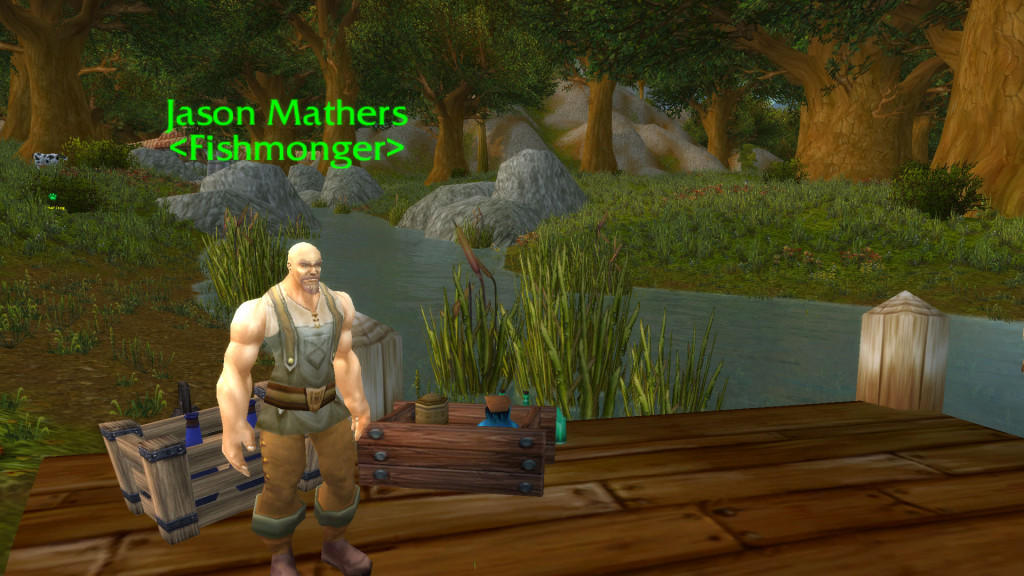 All the praise of this find goes to Meoni, he found this gem of a fish swimming around in the sewers of Dalaran. A shark named Segacedi This reference is from a long while ago. From my childhood, the early 1990´s. Sega Mega -CD and the game Sewer Shark. The Sega Mega – CD was an add-on for the Sega Megadrive/Genesis and the first of its kind ever to use CD technology for gaming. Games were bigger and “better” I say it like that because of Night Trap, look it up, it was something else.

I will be making more of these types of articles. About the little things in WoW, some of them are well known, some you might discover for the first time. Because in this massive world, there is always something to discover.