I used to be a really big fan of the Yugioh trading card game (bear with me, this is going somewhere).  Now, when I say “used to be”, what I mean is I obsessed over it from age 8 to 16, and still occasionally fish out my decks when the theme song pops up on my Spotify playlist.  I have a very clear and vivid memory of my mother telling me off for spending too much time playing it, to which I coolly responded: “One day, this will be an Olympic sport.”

It’s not, obviously.  It also never will be; a fact my childish brain clearly never understood.  The fundamental flaw with the game was that it was, first and foremost, a trading card game.  Yugioh is only kept alive by the fact that the competitive Meta changes almost every time a new booster pack is released.  Yugioh was always pay to win.  As I grew up and came to realise this.  I soon gave up on my dreams of holographic simulators and suspiciously respectable commentators describing my every move for an audience around the world watching me play.

Then, a few weekends ago now, I found myself sitting in Wembley Arena watching professional European players play League of Legends.  It was awesome.  About an hour into the games, though, I realised something which brought my dreams of one day summoning the Dark Magician on the world stage flooding back.  I had seen this arena on my television two years ago, during the London Olympic Games.  People were playing badminton, I think. 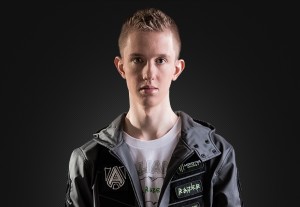 The point is, I realised that Froggen was playing in the same arena that Olympians had competed in.  In fact, Froggen was competing in the same arena as Olympians.  Now, I know that Wembley arena hosts a lot of different events, and I’m not trying to put League of Legends players on the same level as Olympians, but I suddenly realised just how big this game has become.  People were queueing up to get Rekkles’ signature-it was like he was a film star.  Tickets for the event sold out in (what I’m led to believe was) under twenty minutes.  All in all, the atmosphere was like… like a sports game.

I’m always slightly embarrassed when I try to describe League of Legends as an eSport rather than a game.  It always seems to me like I’m just trying to justify that I play video games instead of acting like a lizard having a seizure when I attempt to kick a ball/run more than 10 metres/ stumble around a basketball court/ hold any sort of implement designed to hit a ball.  In a way, I am.  However, it eSports, as a thing, have never seemed so legitimate since the LCS came to Wembley.  My dreams of playing a game I actually like in front of people around the world were reignited.  Sure, I’m never going to hear the nations of the world collectively gasp when I say “You just activated my trap card”, but it’s not completely impossible to imagine those watching on Twitch TV might give a little cheer when I pull off a 5 man Lee Sin kick, or an epic 1 v 1 as an ADC (sorry, Marksman) versus an enemy Jungler.  Will that ever happen?  Almost certainly not.  Does this happen Week by Week to DoubleLift?  Sort of, yeah.

There’s something really wonderful about knowing that when I’m playing a friendly game of League for fun, there’s someone on the other side of the world making a living primarily from playing this game.  I’m never going to be good enough to do that, and I’m also never going to be entertaining enough to make a living via amusing YouTube videos like SivHD does.  I am able to enjoy playing the game, and I am able to dream.  I know I’m bad at this game.  I really don’t expect to ever fight my way to the top of Platinum, let alone Challenger tier, but I still play ranked, and I enjoy improving.  To me, League of Legends is the sport I never had growing up. 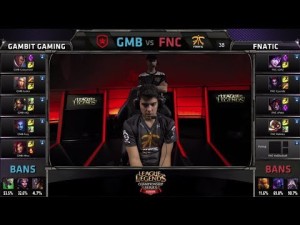 Can League ever be socially accepted as a Sport?

Riot does an amazing job of promoting the professional side of League of Legends.  I don’t know exactly how Riot makes money, but I do know that I’ve never felt like people with one hundred skins were more likely to win a game than I was.  League is one of the first games I’ve ever played that isn’t pay to win.  That’s in its favour as a sport.  Anyone can kick a soccer ball around, and anyone can discover that they are the next greatest player, in the same way that anyone with an internet connection and a PC can play league and not be at any disadvantage to the professionals.  (Here, people tend to bring up the argument about gaming mice/headsets/keyboards; that they give players an edge who have money.  I’m going to be honest, it’s got to be a really, really close match up for a gaming mouse/keyboard/headset to actually swing it either way)

Perhaps the most damaging factor towards League’s acceptance as a sport is how exclusive it is to people who don’t play.  Heading back to soccer, even if you’ve never played the game in your life, it’s pretty simple to follow on TV.  Blues try and kick it into the Red Goal, Reds try and kick it into the Blue Goal.  Even if you have no understanding of (what I’m sure are incredibly complex) soccer strategies, you can understand what’s going on.  Now, if you’ve ever tried to explain what’s going on in a League game to someone who doesn’t play video games, you’ll know that it’s basically impossible to do so.  In soccer, even though the 11 players on each side might have different skill levels to each other, they can only kick the ball (and fine, the goalies can pick it up).  In League, you’d have to teach someone the four skills and passive of over one hundred champions for them to be in with any chance of understanding a skirmish outside the dragon pit.  You’d then also have to explain how distribution of gold works, how much gold dragon is worth compared to how much gold a kill is worth, the importance one level can have on a Jungler because of how Smite scales, what Smite and what the other Summoner Spells do, how vision works, how team positioning works… Even after all that and more, you’d never be able to really understand what was happening without playing the game and experiencing those situations for yourself.  I really can’t imagine a situation where you walk into a regular bar and see a league match playing on the screen- if you’ve never played it you can’t follow it.

League of Legends also isn’t really able to integrate its way into school curriculum.  Unlike almost any other sport, and especially those currently taught in schools, League needs to be played with equal teams, and even then they need to be either teams of three or five.  Very rarely do class sizes conform exactly to multiples of three or five.  You can’t even have one or two people observe, because games tend to be around 30-40 minutes, and with your average lesson at one hour, there will be students left out for entire classes.  Outside of a dedicated school for league (similar to the professionals’ gaming houses), the game can’t be taught in the way basketball can, for instance.  Another important point to consider is that despite what teachers say about team sports building character and teamwork, they are mainly played in school to give students exercise.  League not only doesn’t provide any exercise opportunity (unless you play a Get fit with Snoopeh variant), but can be linked to medical conditions such as Carpal Tunnel Syndrome.  Schools don’t like that.

Welcome to League of Legends Stratics!