Before Inferno was launched, we approached the playerbase to get some feedback on the pre-inferno patch.  We asked you, what you would ask CCP. We compiled some of those questions and worked with CCP to get them answered. What lead to that was a coorporation with CCP and the result of that coorporation you’ll find in this interview (and you can find the “put questions inside”  thread on the official forums!)

Since E3 was on the plate though, everything got delayed.

I had hoped that we’d be able to release the information as the first source. That wasn’t meant to be. But we got something else though …

Leading up to the patch itself, in the months prior to the patch as well as a few weeks pre-patch we saw several signs that it was about time to introduce a new line of mining ships. Poking members of the CSM simply confirmed our suspicions.

As a sidenote; I asked a player what his biggest frustration was with Inferno before it was released. At that point it was that the information passed down wasn’t quite being recieved, even though the release date was actually public information. The timing of the release meant that he’d not been able to properly prepare and had lost alot of money. You live and learn I guess. Valuable lesson would be to read developer blogs, patch notes and research information that may affect you and contact the CSM if something is off. You may hold some valuable information that other people haven’t considered!

Perhaps for future reference, a calender event could be considered?

Without further delay, please find the questions below … 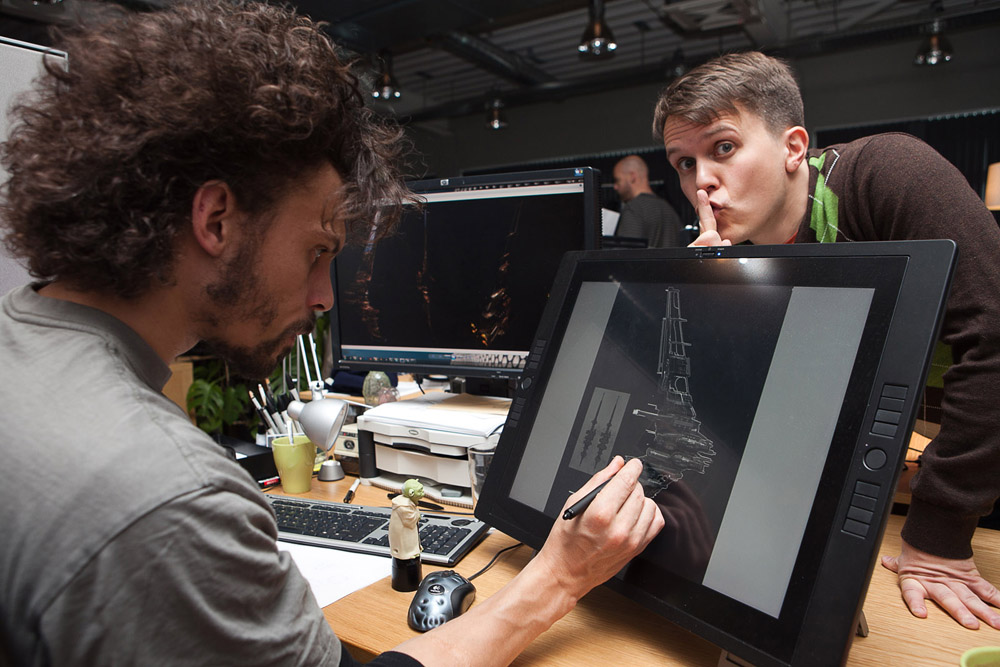 Vince: Please share the decisions that made the team move away from asymmetric ship design?

I’m still a big fan of asymmetrical designs when they are done well and look believable. However some of our old designs looked too unbalanced or the asymmetry seemed to serve no scientific or functional purpose at all.

We are definitely not moving completely away from asymmetrical designs and you should be able to see some cool new asymmetrical ships in the future.

Vince: Can you dive into some of the decisions concerning the T2 ship designs? What kind of changes can we expect to see in the future?

Most of the T2 ships are basically the same design as the T1 version with a factional skin or color except for some frigates that have a little additional geometry added to them. The look of some the factions have changed somewhat in the v3 process and I personally think they look better as well as being more distinguishable from the T1 versions. The stealth bombers are a special case since they had to be fitted with the huge torpedo launchers and therefore required a completely new design. In the future we hope to go the middle way and always have some interesting visible changes in the silhouette for every T2 version that makes functional sense and fits the role of the ship. 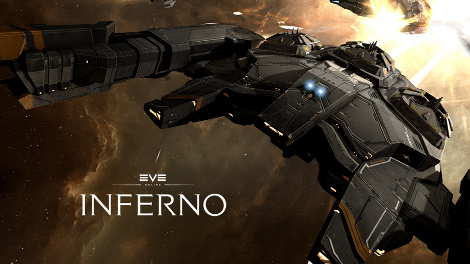 In some of the new redesigns (Not yet modeled) we have already designed interesting very T2 versions alongside the T1.

Vince: Please explain the logic of rectangular turrets designs (250/280mm artillery for instance). How did that happen?

Well they are Minmatar designs right? Cheap and easy to manufacture but very efficient .Think KV-2

Vince: Some players feel that the current V3 skins are ‘blurry’, do you intend on adding higher resolution skins?

True they are blurry because of the texture resolution. The texture are the same as they were before but possibly it is just easier to notice some defects in them as the fidelity of materials and shaders has increased.

I can’t promise anything here but our tech artists are constantly looking at ways to improve the graphics. And I certainly hope we can textures and their compression in the future.

Vince: Can you share some of the issues or reasons that made you increase the cost of Jump Fuel? Has it affected anything you didn’t intend to?

CCP Soundwave: We haven’t done anything to deliberately raise prices. The price on fuel is pretty much decided by the players, end to end. There are things players can do which affect prices, like Hulkageddon, and if we want to look at factors they’re much more important than our changes. I’m fairly agnostic towards prices, I’d prefer if the players sold their goods at a price they like, regardless what I think of it.

Vince: There are still some features that didn’t make it to this patch (crimewatch, unified inventory etc). While the new launcher gives you the opportunity to release new features faster than before, can we expect to see the expanded features released on a case by case basis or do you intend to release those at a later date as a bulk update?

CCP Soundwave: Both those features were in Inferno! Crimewatch is mostly a change behind the scenes, which should give us better tools to work with and provide the players with better performance. If you’ve ever had lag while fighting in empire or low-sec, there is a good likelihood it came from this system. We’ve cleaned it up and you guys should have better conditions to blow each other up. The unified inventory came out in a less graceful state than we wanted, but we’re committed to working on it until we get it right, so keep an eye out for continued iteration.

Vince: To iterate on the above questions; The Inferno patch aimed at increasing conflict, but there are still a large number of players that have easy access to risk-free travel across New Eden – essentially giving these players little reason to ever put themselves at risk even while living in Null-sec as well as being able to safely transport moon goo to trade hubs. Do you intend to wrangle the safety out of these players at some point and returning EVE to hard mode? I’d imagine that living in Null would be … you know … dangerous? Players hint at removing local could help. Would you agree?

CCP Soundwave: I’m fairly certain we’ll not remove local. I think it sounds like a good idea on paper, but I’m not entirely sure such a drastic change would be healthy. I do think we need to increase risk, but I’d prefer doing it through other venues. I’m not entirely sure what we’ll do at this point, but I suspect we will see an expansion focused on 0.0 sometime next year and the current status will be reviewed. Risk is healthy though, no doubt about that. I think the biggest issue with 0.0 specifically is that we allow fast-travel in an area of space that relies on open world pvp. But anyway, we’ll look at that sometime down the road.

Vince: The current path of iterating on ship training routes and fixing training paths into specific patterns and bundling it up with iteration on ships only really points to one thing when you regard the recent removal of the Amarr frigate mining bonus. Are you prepared to disclose the reason at this point or is it still too early?

CCP Soundwave: We are adding actual mining frigates this winter, which is why we’ve started removing the racial ones. Ideally, ships will be either combat or mining frigates, so essentially we have to create an entirely new class of ships while turning all the old frigates into combat frigates. We announced this at Fanfest and that plan is being implemented, but it won’t happen overnight.

Vince: Inferno seemed to be aimed at high-sec warfare (FW and corp wars). A lot of bugs and issues were fixed, but it would seem that there are still things you can do to enhance it. Is it a done deal or do you plan on adding more to it?

CCP Soundwave: Yes definitely. We’re aiming to do a few tweaks to the warfare system based on the feedback we’ve gotten from the players and FW is scheduled to get another round of iteration for this winter. So we’re not done with either feature but in broad strokes, the war dec system will get a few tweaks to the existing mechanics while we’ll actively expand FW in the winter release.

Vince: New modules were released and it looks like more is coming. Have there been any major concerns as to the intended design of the modules and how they play into the intricate EVE Economy? Do you see any concerns for Mudflation? Will you release them on a case-by-case basis as they get tested out on Sisi or in bulk? Can you share your thoughts as to what made you decide on which modules to ad? Can you expand on the decisions that went into the ‘Lockbreaker’ module?

CCP Soundwave: I’m not terribly concerned with Mudflation. In general, I think we have one of the best managed game universes out there. We’ve almost been around for 10 years and we’re pretty good at introducing content “sideways” rather than “upwards”, meaning that I’d rather introduce different modules than better modules. That said, anything we introduce needs to be shipped in a proper state. The lockbreaker was a bit of a controversial pick, but we were pretty careful to give it a big disadvantage so it doesn’t turn into a gamebreaker. I’m a bit more worried about isk than modules these days and we’ll probably regulate that a bit more tightly this winter.

Vince: What do you have in store for Marauders? And what about them ORE ships?

CCP Soundwave: Not sure if we’re doing anything for Marauders just now but we’re definitely looking at ORE ships. I think the class in general is a little bit silly. There really isn’t a time or production reason to use a ship other than the Hulk and we need to fix that progression. Ytterbium has a plan that will make each of the ships have certain strengths, so one of them will be a “glass cannon miner”, one of them will be very difficult to kill etc. Each of them will have a very distinct strength. More about this is available in Ytterbium’s new devblog. 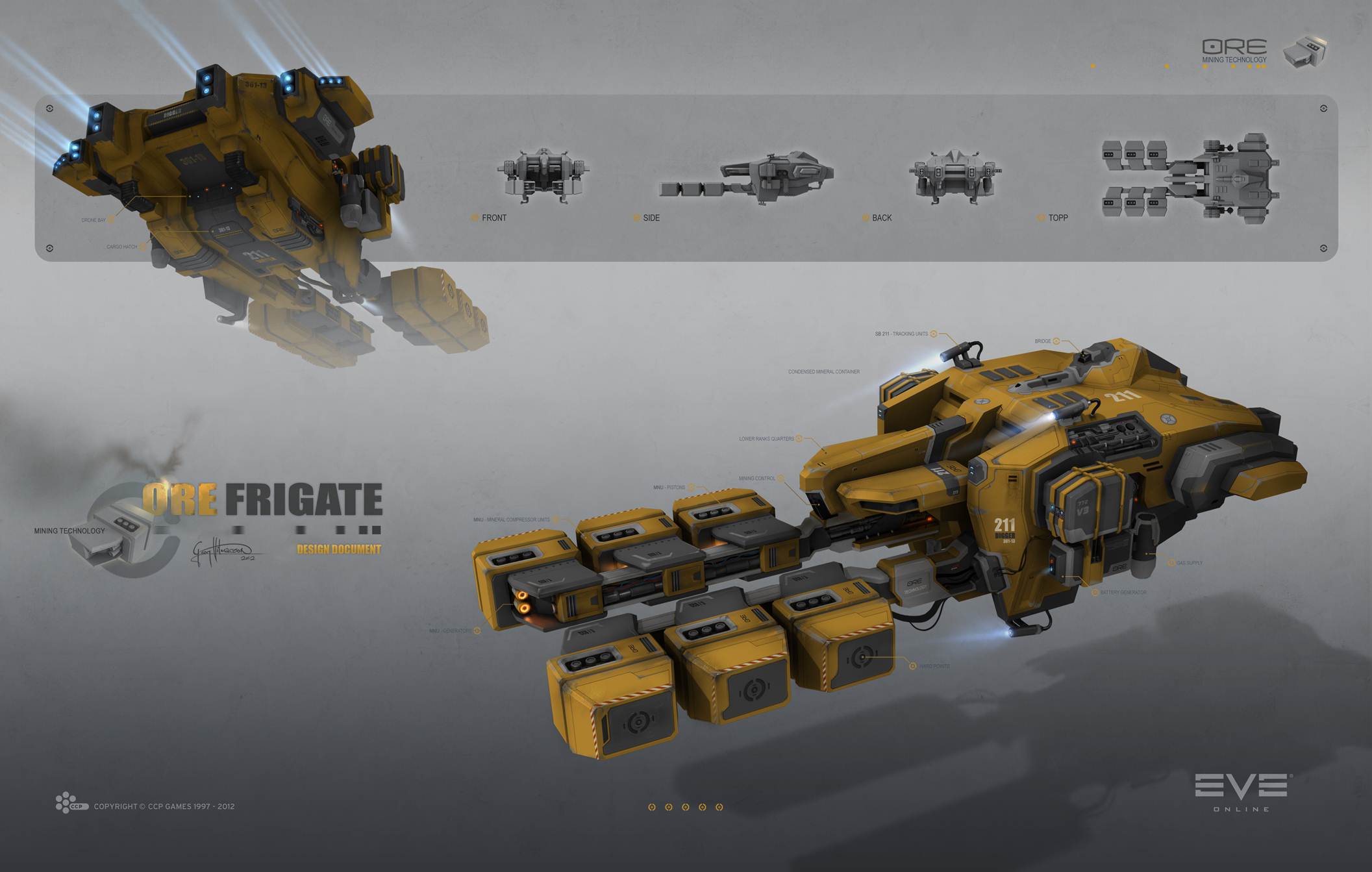 Vince: So what are you guys working on at the moment? This time you managed to overhaul 5 frigates, what is holding up the rest of the bunch?

CCP Soundwave: Balancing is fairly time consuming and what we released this summer was fairly light. If I get my way (and I usually do), I suspect we’ll balance at least two full ship classes this winter. Ytterbium will finish off the frigates and then we will very likely do another class alongside some individual ships that need some love. Apart from that, we’re doing a lot of iterative work on Faction Warfare, the inventory, war decs etc. More about this is available in Ytterbium’s new devblog. Then of course there is the new feature for winter, but you guys will have to wait a bit before we tell you about that.

Thanks to all involved for making this happen!

EVE at PAX: EVE Online To Have Third Revelation