So You Want to Be a Support

On Summoner’s Rift, there are exactly five people on any given team: the Top Laner, Mid Laner, Jungler, ADC, and Support. The problem with this composition is that there are only three lanes, which leaves a jungler who kills neutral monsters for gold and one member of the team that doesn’t farm at all. Supports bravely volunteer for this duty, adding much needed utility to their teams. People who main support most likely have a large amount of patience, due to the fact that being a support means you have to babysit your ADC 24/7. Having a support as your main does have its perks though: you don’t need to worry about last hitting or ganking lanes, you get free gold from the three different support items (we’ll cover those in a bit), and you can always put your trust in your fellow bot lane comrade. But there’s always downsides, including (but not limited to) getting blamed for just about everything, people yelling at you to ward, and receiving hate for building a damage item or two. That aside, supporting is arguably the most important role in any game and I’m here to teach you how to do it.

This is how you will feel. Every game. Every day.

Easily one of the most important aspects of supporting is vision. One important thing to remember: everybody on the team, no matter what role, should ward. Thanks to trinkets introduced in Season 4, this process has been made much easier. But it usually is up to the support to ward the map and keep constant vision on important objectives. For starters, the item Sightstone should always be bought in any situation. When you buy it is completely up to you, but having 4 free wards at any given time helps tremendously when scouting the map. Also make sure to buy vision wards (commonly known as “pink wards”) to eliminate enemy wards and to reveal characters in stealth. One important thing to remember is that you can only have 3 Stealth Wards and 1 Vision Ward at any given time. If you place more than the limit, your previous wards will be instantly destroyed. 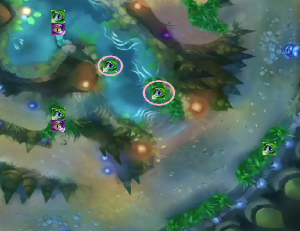 If you line up all the supports and look at their kits, they have one thing in common. They all have a crowd control ability for protecting their allies or disabling their enemies. CC is often required to win fights in the bot lane, with battles often coming down to who can stun the other to prevent their actions. There are 12 different types of CC, with some being available to only a few champions. The types of CC are: Knockback, Knockup, Blind, Charm, Fear, Taunt, Polymorph, Snare, Slow, Silence, Stun, and Suppression.  Besides farming, your objective should be to either kill the enemy bot lane or force them out of the lane. During skirmishes between the four bot laners, CC is used to maximum effect to win those fights. A few things to remember: always use CC when escaping to impede your enemies,(even if it insures your death), use your stuns or silences when the enemy is most likely to cast abilities, and never waste your CC abilities to mess with your opponents. 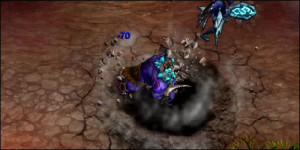 As a support, you won’t be farming or jungling. But there is a third way to make money: gold per 5 through runes and masteries, poking with the Pickpocket mastery, and in some cases just being around someone who farms. There are 3 gold making items in the game: Relic Shield, Ancient Coin, and Spellthief’s Edge. Each gives you gold per 5 as well as a different way to make gold without actually last hitting. It is recommended to upgrade and utilize your item’s effect as much as possible for maximum gold gain. Another important item as mentioned before is Sightstone, which gives your 4 wards for free and a moderately small amount of health. Always build Sightstone and one of the above gold making items. The rest of your build depends on the champion, but as a general rule caster supports build ability power and cooldown reduction while tank supports build straight health and resistances. Your trinket choice is optional as well. If you are new to the game, I recommend sticking with the traditional ward trinket. 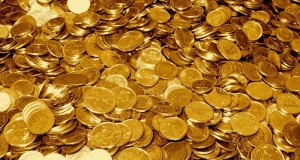 By ten minutes, this will be you!

If you are a caster support such as Sona, Soraka, or Lulu, you generally want to poke the enemy to death. The item Spellthief’s Edge and the mastery Pickpocket will constantly reward you gold for harassing the opposing bot laners with your auto attacks. For tank supports such as Alistar, Leona, or Braum you should focus on engaging your enemy making plays to force them out of lane or kill them. Use your skills and your opponents weaknesses to ensure that if you engage, you can win. Remember that no matter what support you play as your damage will often not be enough to kill a champion, so you must rely on your ADC to kill enemies. When engaging or counter-engaging, utilize any CC you have to lock down the enemy to allow your ADC to whittle their health down. If you are in the thick of things, make sure to stay and fight to ensure your play succeeds. More often then not, you soaking up damage will turn the battle in your favor, keeping your ADC safe so he can focus on eliminating your enemies. When things do go sour and you see the writing on the wall, make sure your ADC escapes. Early game, your life means nothing compared to your ADC in times of crisis. Keep him alive, and he will win you the game. When disengaging, utilize your CC to impede chasers and bodyblock anything coming towards your ADC. Trust me: you will get instant bro cred.

And try not to miss your pulls!

When choosing a support, its generally best to pick a champion that works well with your fellow bot laner. For instance, choosing a aggressive tank like Leona might not be the best when paired with a passive farmer like Kog’Maw. New bot lane combinations are discovered all the time, but you usually want to use a pair that works. For instance, Alistar and Draven work well together because Alistar can keep Draven safe and heavily CC anyone that comes near him. On the flipside, Draven’s aggressive nature fits well with Alistar’s tankyness and abilities. All ADCs have multiple supports that are good match-ups, but there is always that one special champion that feels like they were made to be perfectly matched. Personally, I find heavy CC combos such as Jinx and Nami or high burst combos such as Graves and Leona to be extremely effective against almost any team composition. One last thing to mention: If you are a support with a pull, flip, or knockback, make sure your ADC knows when you throw a champion towards them.

See how simple supporting is? It sure is an unorthodox role to play, but it definitely feels rewarding to carry your team to victory by assisting them in all manners and keeping them alive. If you’re thinking about supporting, make sure to follow this guide and you will be receiving endless praise from your team. Thanks for reading!

A Guide to Muting