For those of you who don’t know, they are changing quite a lot with Warlords, and while it may not be as front stage like Pet Battles and Challenge Modes were in MoP, the item squish and stat changes are easily two of the biggest changes to come to the game.

Recently, blizzard released this post that I would recommend you all at least skim over if you have no idea what the topic of this article is. With this in mind, I aim to give a brief description of each change, as well as my opinions on how the stat will effect the game over all.

This is a whole new concept being added for WoD, and really sounds quite interesting. The brake down is that whenever you deal damage with an ability, you have a chance to do a smaller portion of the same spell, roughly 30 percent of the original damage. It will visually appear as the mage Icy Veins glyph of current, where they just continue to fire out of your hands after the first spell was cast.

This type of stat seems like it could be extremely useful for those centered around burst dps. The fact that you are essentially getting extra globals for no reason is enough to say that a moderate amount of this state will increase your dps by flat percentages. Looking forward to seeing how this develops as we move into Beta.

I LOVE this concept! Bonus armor has always been in the game, but now it will be the Tank’s version of Spirit in WoD, meaning only on select pieces like rings, cloaks, necks, and trinkets. Their claim is that it will be much stronger than other secondary stats as well, in hopes to make it the obvious choice to any tank with a brain.

There are not many implications to be made here. Its an amazing tank stat, and I am really looking forward to a linear stat that helps reduce damage. It will really feel good when you see mobs doing less and less melee damage with each upgrade.

This one is fresh off the presses, so lets examine exactly what it does. The goal is to improve everything your character does. 1 percent gained of this stat increases the damage, healing, and absorbs you do by one percent, as well as reducing the damage you take by o.5 percent. Now THIS seems amazing. They claim they wont over tune it, but they intend for it to be quite strong.

Now this is a stat I can get behind. Obviously not 100 percent sure how any of this will work, let alone if this even makes the cut into the game, but if it does it will be my BIS stat. I promise that, because I am a player that, as a healer, I recognize how important being alive is. I LOVE to be the person who soaks the big damage, especially knowing I can do so easily. I even kept mining in MoP just to have the health increase! Besides just me, if an entire 20 man mythic raid team all gets this stat, then not only will their damage increase, but so will their off healing, and so will our chances of keeping everyone alive during the big damage. Its just an extra level of comfort when your healers are already getting stronger.

This was the stat on the trinkets that simply reduced the CD of major abilities. This was far too strong and I am glad it wont make it into the final mix, but I will say its going to be hard for some to go back to their original CDs. I remember how hard it was to leave the MSV holy paladin tier behind and make Holy Shock a 6 second cd again!

This one was even less appealing and more OP. Essentially, the more stats you get, the better amplifying them is. I wouldn’t want to see a stat like this in the game, because early on it would be so incredibly weak compared to the last tier, that by then everyone would have this go from worst stat to BIS. Was fun, but good riddance.

Standard Deviation was also on the “Cut” line.

If you haven’t been following, these stats have a chance to drop on pieces of gear, and wont effect the budget. I’m curious as to how this will effect challenge modes, but regardless, I LOVE the concept, especially since upgrading gear is going away. Seeing that tertiary stat you like the most on a BIS piece will be so comforting.

This likely wont be as cool as it sounds. They claim it will stack with every source available, but will have a low cap so people can’t build entire sets and then just kite bosses around the entire time. Rightfully so.

Aside from that, I would really enjoy this stat. Part of my mindset is being the role player to soak damage or the like, but surviving isn’t the only thing we have to do. A little movement speed helps not only getting to places, but also helps the lack of instant casts we are suddenly swimming in, especially as Holy Paladins.

This stat works similar to the combat pet version, but will be in much smaller quantities. It allows you to take less damage from either damage on the ground, or AOE damage form certain sources.

Once again, I can see my self interested in this, as nearly everything I can do as a healer to mitigate the raid’s responsibility is revolving around these sources of damage. This, on top of Versatility, are taking an early place in my BIS stat list. The fact that its all speculative and based around your playstyle makes things much more interesting either way.

A stat that prevents the piece that has it from ever taking durability damage. But why? Seems pointless to me. Only point is to make the Disturbed song stuck in my head, I suppose.

The ONLY time I’ve ever seen durability become a factor was Heroic Spine of Deathwing, and slightly on Heroic Garrosh before we adjusted the strategy. The tank’s shield would break very quickly because of how many times he was blocking the 100s of adds there were on the encounter. So much so, that we would have to repair every single attempt, otherwise it would break mid pull. This is the one situation I can see where this would be useful. Otherwise, it will be the troll stat, but perhaps save a few gold?

At Blizzcon, it was announced to be a stat that gave you healing based on the damage you did, similar to how it was in Diablo. Of course, this would be one sided, so the function changed, along with the name, to Leech; giving healers health every time the heal as well.

I can see this being incredible for tanks, especially since vengeance is gone and they will always be doing a certain amount of damage. Compared to other options, this one seems too good to pass up honestly. I would enjoy it as well as a healer, because its nice to not have to worry about yourself when you are healing others for heavy damage.

This stat was meant to make your damage and healing also hit targets or players around your focus. This didn’t work for obvious reasons, as there are many times where there simply is nothing to cleave, yet there is also something to heal, so it would be way too good for Healers. I don’t find this a bad thing, but apparently Blizzard did so it has been scrapped. They claim it may make an appearance again at some point, but off the table for 6.0.

Well that’s everything. I was really excited to read all about these new stats, and I hope you were as well. As I said, these features are just as big as anything we have seen, so as to write these off is to show your inexperience. I am REALLY looking forward to what this means for Mythic raiders, and challenge mode stat levels!
Until next time, Metro out! 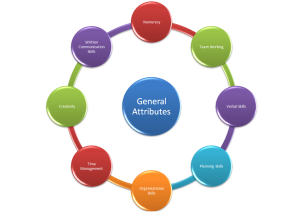 Where did “Stats” come from? Don’t they mean Attributes?